The Peugeot eF01 is a folding, electric hybrid bike — which uses a built-in battery and motor to take most of the effort out of pedalling to work. It's worth noting that Peugeot actually started out as a bike manufacturer in the late 1880s and still offer a comprehensive selection of bikes today.

The eF01 is designed for commuters who struggle to find a car parking space near their place of work. Peugeot says the e-bike will allow commuters to park further away from their office, before cycling the remaining distance. When not in use, this French-built eF01 can be folded up and stored in a car boot or under an office desk.

The frame, handlebars and forks are all made from aluminium while the battery provides powered assistance for 18-25 miles. It also comes with built-in lights for cycling at night, along with a fold-out stand. 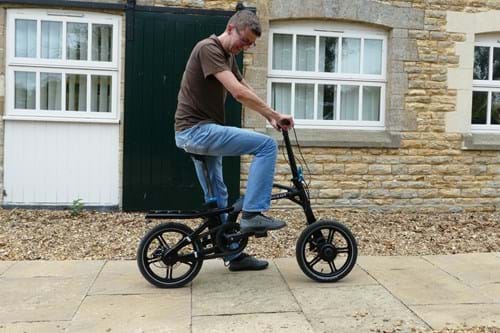 Extremely heavy compared to a traditional folding bike. In fact, weighing in at close to 19kg, the eF01 is twice as heavy as a standard Brompton. And almost twice as expensive too, with prices starting in the region of £1760. But it's important to note that e-bikes are, in general, a lot more expensive than their pedal-powered rivals.

The electric Brompton, for example, stats at a £2596, while cheaper alternatives like the Raleigh Stow-E Way are available from £1100. So, at £1700, the Peugeot sits in the middle of the cost bracket.

Although, the Peugeot eF01 is more stylish than its rivals from Brompton, with its aluminium frame and single-sided fork giving it a sleek and futuristic appearance. Setting up takes just a few seconds, with the bike folding out. And once you've secured a few clips, you're ready for the road. 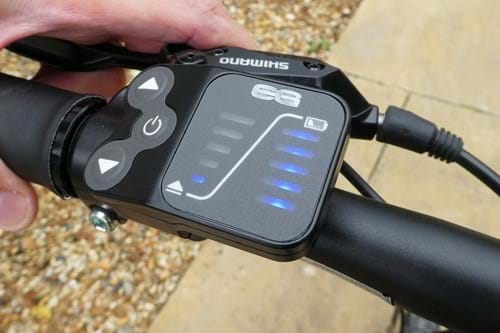 Both the battery pack and electric motor are built within the frame of the bike and activated via a touchpad on the handlebars. The LED display shows how much battery charge is remaining, along with the level of powered assistance. There are five electric driving modes to choose from and you can switch between them all while on the move.

The Peugeot eF01 is easy to master with a series of sensors monitoring the bike's speed and pedal position to ensure electric power is delivered when the rider needs it. This means you can hop on, pedal away and use the arrow keys to get the assistance you need.

On the lowest setting, you'll get a gentle push as you tackle a hill or long stretch of road, while the maximum setting will effectively power the bike along at 12mph with very little input from the rider. For the most part, the power delivery is smooth and predictable, but the eF01 is prone to the odd bout of power surging. This means, at low speeds, the bike will occasionally lunge forward. 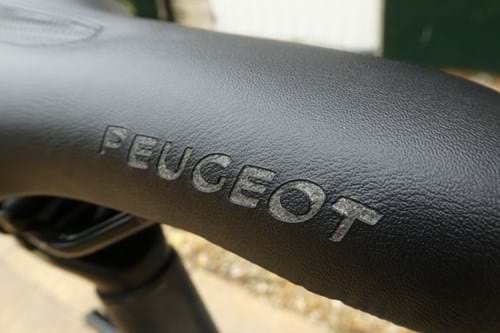 Supplied with a sturdy set of disk brakes on the front and rear, the Peugeot eF01 is easy to control at speed, but it does feel cumbersome at low speeds for tall riders (like myself at 6'2"). Indeed, with its high set seat and low positioned handlebars, it's easy to bounce a knee against the frame and this can cause a worrying wobble as the bike loses some of its balance and the rider some of their focus.

The range of the battery is advertised at 18.6 miles. And we have no reason to doubt this, given the longevity of the battery pack during our road tests. You can check the bike's range and charge levels after you've parked up, via a smartphone with the Mypeugeot APP.

There are some issues when the battery runs out, with the single-gear eF01 slowing to a crawl under pedal-power. We got caught out on a couple of occasions during our tests, and it took considerable effort to cover the mile or two we had left of our journey without any battery power remaining.

The eF01 can be stored and charged in the boot of any vehicle that has a 12v power outlet. It takes around two hours to charge when the vehicle is running or 60 minutes if plugged into any standard outlet. An optional docking station is available, which holds the bike securely in the boot of your car as it recharges. 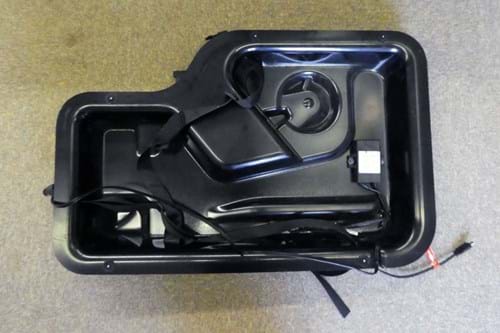 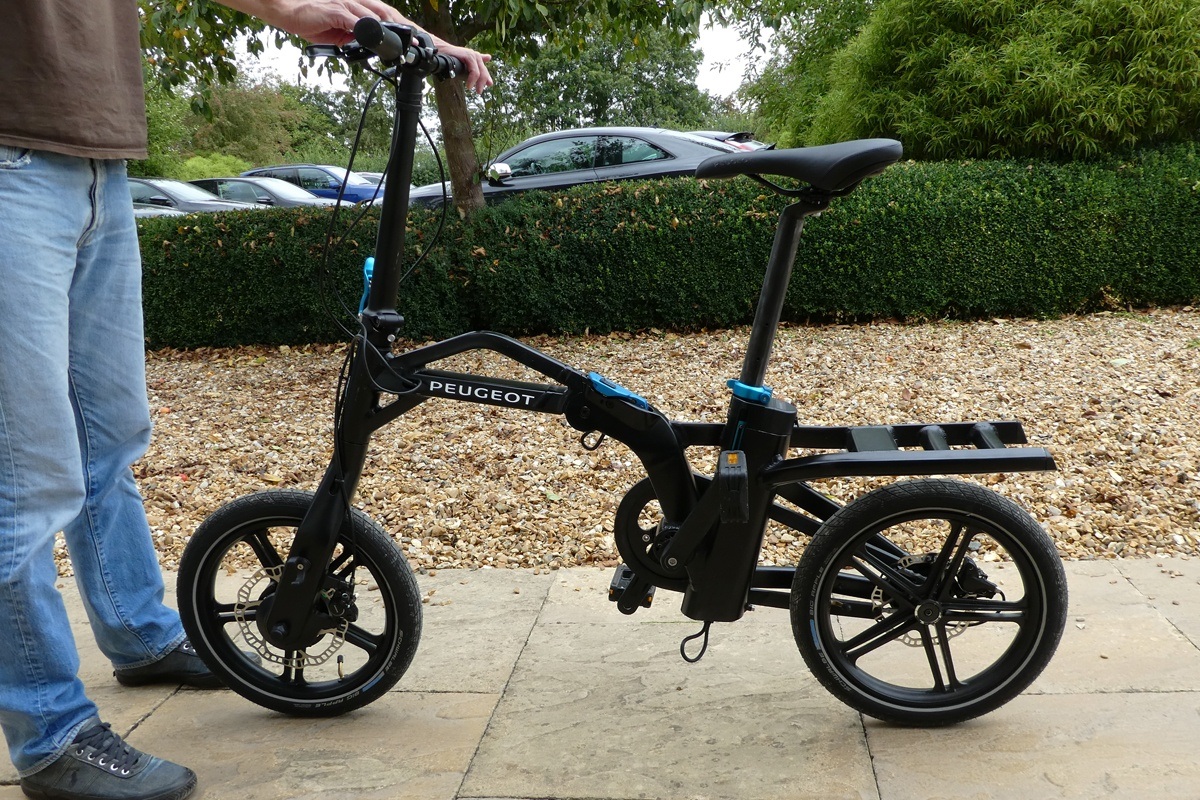 As a last-mile commuting tool, the Peugeot eF01 makes a lot of sense owing to the fact it can be folded and stored in the boot of a car. The hybrid pedal system is generally smooth and easy to use, with the bike monitoring the speed and providing a welcome boost when it detects a drop in speed or pedal-power. This means you can cycle to the office, without being out of breath and soaked in sweat after a hard slog through the traffic.

Unfortunately, the effort-free part of the journey ends when it comes to folding up and carrying the eF01 any particular distance. Indeed, at 19kg, the Peugeot e-bike weighs roughly the same as a bag of cement. And this makes it extremely heavy and unpleasant to lug up a set of stairs or across an office building. Even lifting it out of the car is hard work and will prove problematic for those don't boast a lot of upper body strength.

Priced at more than £1700, you'll really need to hate pedalling a bike to justify the considerable spend. And while the Peugeot eF01 takes a lot of the hassle out of cycling through a town in rush hour traffic, it feels more of a novelty than a necessity. 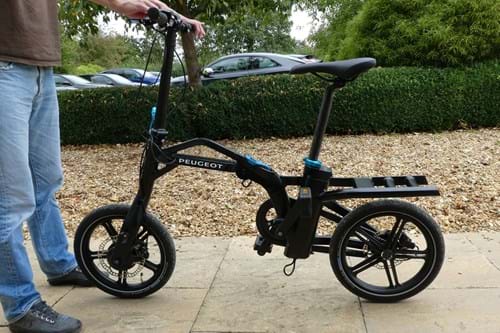 Charging time: 60 minutes from mains or two hours from a 12v car socket