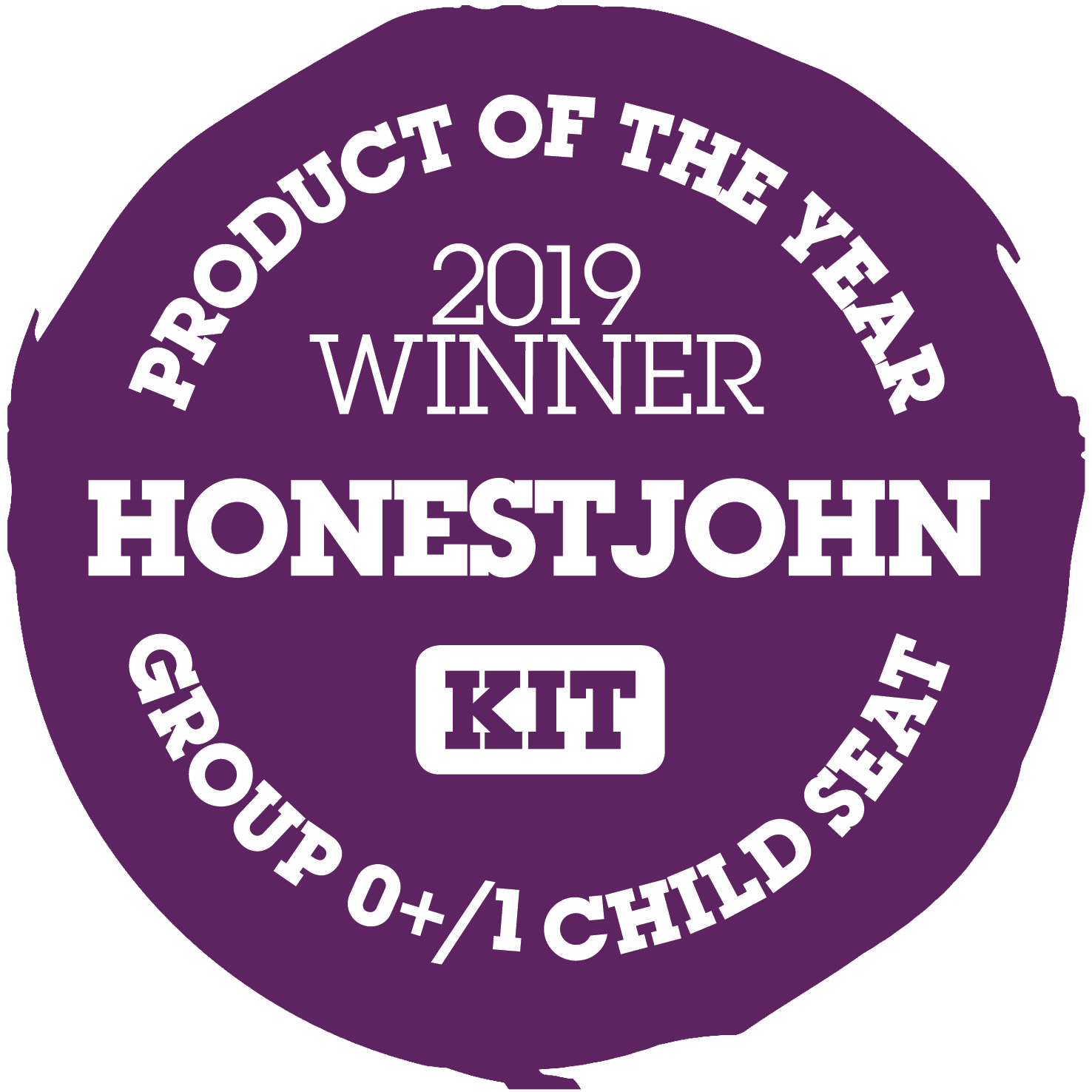 Review: Nuna REBL Plus
reviewed 2 May 2018 by David Ross

Suitable from birth to 18.5kg or four years old

We've already tested the Nuna REBL - you can read the review here - but now Nuna has updated its 360 swivelling seat and called it the REBL Plus. Part of the reason for the update is the fact the REBL failed a frontal impact ADAC test (the German equivalent of the AA) and was the first i-size seat to do so.

Unsurprisingly, this led to lots of parents losing confidence in the seat and as a result, Nuna offered full refunds to anyone who wanted to return their seat. Although the company is keen to point out that the test was an 'extreme' one which was not recognised by the Department of Transport and that the seat exceeds 'all the relevant UK government safety standards.'

So now we have the REBL Plus. It's one of only a handful of rotating seats on the market and while it's not cheap at £350, it's actually not the most expensive on the market - the latest Maxi-Cosi AxissFix is an eye-watering £550, although it does have inbuilt airbags.

There's more to this than just a new name though. The REBL Plus has a 20 per cent thicker steel wall and a 35 per cent stronger steel frame, plus the additional complete spare cover now includes a head section. 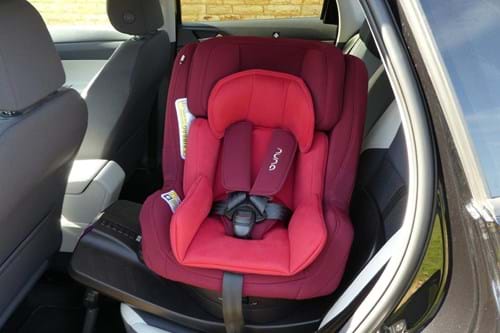 The first thing you notice when you get the REBL Plus out of the box is that it's significantly heavier than the REBL, around 2kg in fact. And at close to 16kg this is a hefty seat to fit - that's down to the stronger steel frame used. As before, it's not that the kind of child seat you want to move between cars too often.

But it does feel like a high quality seat. So while it's far from cheap at £350 (although that is actually around £50 cheaper than the original Nuna REBL) you don't feel short changed. The plastic base is sturdy and the retractable leg locks into place with a reassuringly clunk. Sliding the Isofix legs out is a little tricky as you have to push a button on either side of the base simultaneously, not that easy if you're on the short side.

Once locked onto the Isofix mounts - which is indicated by a green mark on the clasps - you can then use the same buttons to slide the seat back to that the rebound bar is snug against the seat back.

One thing to note is that it can be awkward to undo those Isofix buttons when you want to take the seat out, a trick here is to push the seat back as you undo them, making it easier to release the locked clips. 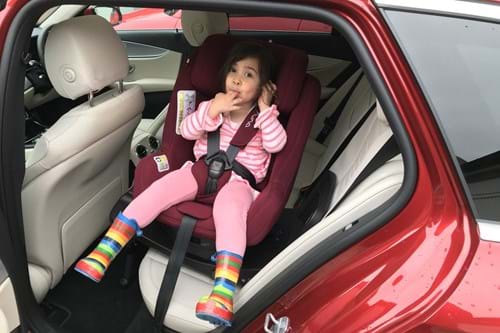 As the REBL Plus is designed for use from birth, it comes with an infant insert which includes a head support too. Once your little one is around 60cm long, you can remove this. Children need to stay rear facing until they are 15 months old, when you can then turn the seat around to use it forward facing.

However, many safety experts recommend that children should stay rear facing until they are four years old, given that it's proven to be five times safer in the event of an accident. So the REBL Plus gives you the choice here. The problem we've found with our chief tester Eden - who turned three years old in April - is that her legs simply don't fit in if we try rear-facing.

Even without her colourful wellies. Plus she's far from happy to be staring out of the back window which she's quite vocal about. And an hour of constant whinging in the car isn't good for anyone...

This is of course an issue you will find with all 360 swivelling seats, so instead Eden uses the REBL Plus forward facing. The fact the Nuna REBL rotates makes it so much easier to get her in and out than a fixed seat, especially so if you're parked in a narrow space. Eden finds it easier to climb up into the seat too, giving her more of a sense of independence.

The quality of the REBL Plus is evident in the material used. It's thick, hardwearing and feels as though it will last - handy if you want to use the seat again if a new baby comes along.

But it's the little things which make this seat stand out. The neat pockets to slip the seatbelt ends into, keeping them out of the way when you're getting your child in, are handy plus we like the fact the fabric buckle cover, which stops little legs getting pinched when being fastened in, is stitched in place, rather than being velcro as on the Joie Spin 360. 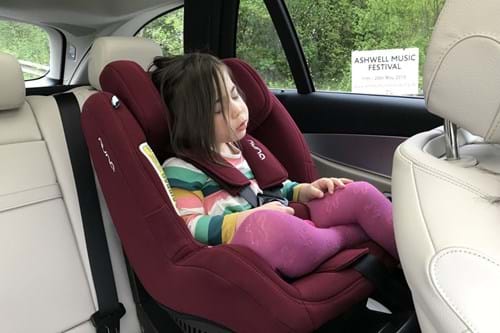 The adjustable headrest is easy to slide up and down and moves the seatbelt height too, so you don't have to re-thread those through different slots as your child gets bigger.

The padded straps on the seat belts are reassuringly thick too, although as they're backed with a grippy plastic material, you have to be careful of catching hair under them. They're quite rigid when new but do soften up over time. One trick here is to remove them before giving them a wash, and a quick twist and bend when wet, to soften them up.

There are seven recline settings on the REBL Plus and it's easy to move the seat up and down, even from the driver's seat, thanks to a well positioned handle on the seat base that's easy to reach.

The action is smooth too, so you can go from upright to maximum recline without waking a sleeping baby. The REBL Plus doesn't recline as much as other seats though - the picture above shows it in the full reclined position - and Eden's head will occasionally flop forward, although this has happened on pretty much all the seats we've tested.

There's not a huge choice in terms of colours, unlike other seats from the likes of Maxi-Cosi or Britax. Although the Berry Red of the seat we tested is very fetching and was an instant hit with Eden. You can also get a dark blue, black and two different tones of grey.

One plus is that the REBL Plus comes with a complete spare cover set, which is extremely handy if yours needs to be washed but you still have journeys to make. 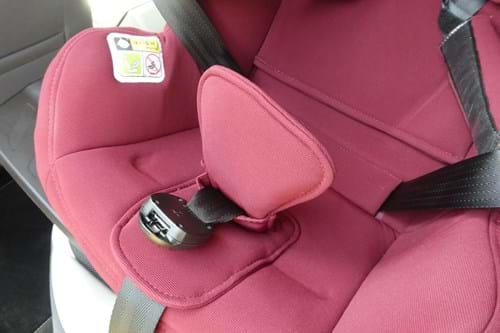 We always rated the Nuna REBL very highly, but its poor performance in the ADAC test made it hard to recommend. However, a thicker steel wall and stronger frame mean the upgraded REBL Plus should give any concerned buyers reassurance that this is a very safe child seat.

It's one of the best 360 swivelling seats out there, with a premium feel running throughout, from the recline handle to the belt buckles and the seat material itself. It's also durable and feels as though it will easily last the use of several children.

The good news is that at £350, the REBL Plus is now cheaper the before it was upgraded and represents a significant saving over the latest swivelling seats from Britax and Maxi-Cosi.

While the Joie 360 Spin - a very good seat - is cheaper, the REBL Plus feels that bit more high quality plus you get a complete spare cover included. As a seat that will last you from birth to four years old, the Nuna REBL Plus is an excellent buy. 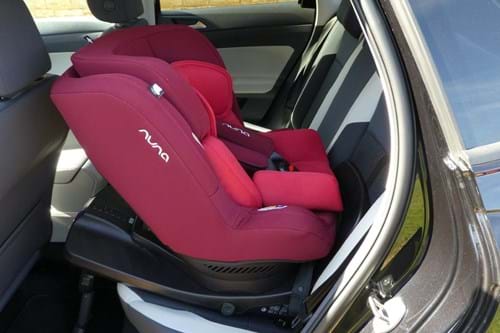