The Sennheiser PXC 550 were released at the end of 2016, but they're still enduringly popular and manage to hold their own more than two years on from launching into the crowded market of wireless Active Noice Cancelling (ANC) headphones.

They offer NoiseGard Hybrid Adaptive Noise Cancelling, a 30-hour battery life and touch-sensitive controls on the ear pads. The headphones have also dropped significantly in price, falling from £330 to £225 - making them a very attractive option for those who don't mind that the PXC 550 are getting on a bit.

When it comes to audio equipment like headphones, there are two brand names that top the list : Bose and Sennheiser. So, how do the PXC 550 stack up against the Bose QuietComfort 35 II? 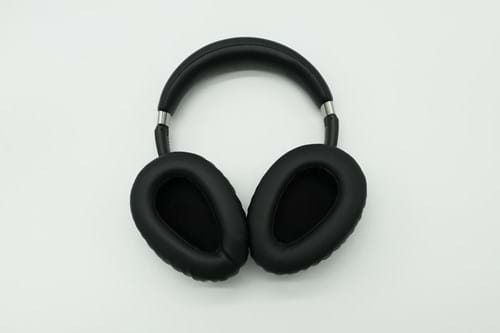 Let's start off with the design. The conservative looks of the PXC 550 might not be considered as stylish as rivals, but we quite like them. The simple black headphones with silver details are minimalistic and feature ear-shaped (Circumaural) cups rather than the typical round ear cups - which we personally prefer.

These 'around-ear' cups encircle the ear, effectively reducing ambient noise from getting to the ear. This is known as passive noise reduction. Thick padding and soft synthetic leather covers make these ideal for every day use, even over long stretches - like on a flight. There are subtle Sennheiser logos printed across silver strips on either end of the leather-covered headband, too.

When it comes to comfort, Sennheiser's PXC 550 are excellent. We test a lot of headphones, most of which cause some sort of issue after a few hours of wearing - but the PXC 550 are comfortable and lightweight. However, those with larger heads might struggle more than we did - even with the headband expanded to the biggest setting. 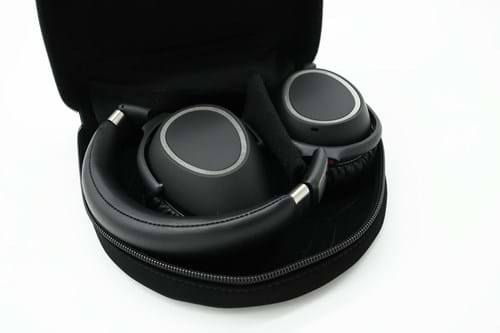 The PXC 550 are only 227g, so if you're looking for a light, foldable pair of headphones to travel with - these are the top dog. But if you're wanting a more robust pair of headphones, you might find the slim headband and small ear cups to be a bit too delicate for your liking. In that sense, the Bose QC35 II look a little more durable.

The earcups are made of matte plastic with the metal band on each housing the microphones used for ANC. On the right ear cup, there's a slightly hidden button for turning Bluetooth on/off and a slider that enables you to switch the ANC on, off or into Adaptive mode.

There's also a there's a button for switching between the three listening modes – Club, Movie and Speech – while a four second hold puts them into manual Bluetooth pairing mode. Speech highlights the midrange and cuts back on the bass to make voices clearer - perfect for podcasts and the like. Movie expands the soundstage for a more dramatic feel and Club mode makes audio sound more expansive and room-filling. 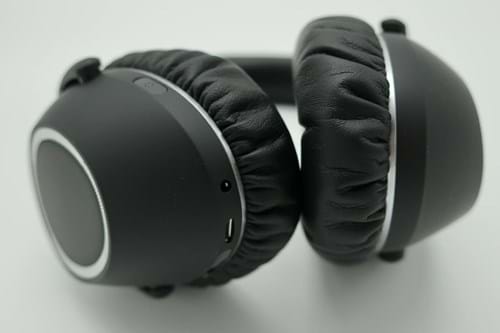 Downloading Sennheiser's free CapTune app let's you customise the audio using your smartphone - including adjusting NoiseGard, activating Call Enhancement and viewing the battery level. Although, a small LED display on the bottom of the ear cup also indicated battery level.

The micro USB charging port also sits on the bottom of the right ear cup, with a micro USB charging lead supplied in the box. A full charge takes approx three hours. Sennheiser claims a battery life of 20 hours with ANC and Bluetooth enabled, but you can get 30 hours with the wired 3.5mm analogue connection. The supplied 3.5mm cable connects to a 2.5mm socket under the right earpiece.

The ear cups can be swivelled flat to fit into the supplied carry case. Twisting the ear cups also turns the headphones on and off, which is a very useful battery saver if you remember to do it when you're finished using them. You can set the PXC 550 to automatically pause your music when you take the headphones off as well.

The PXC 550 feature gesture controls via the outer touch pad on the right ear cup. These are explained clearly in the Quick Start guide, but the most useful ones to know when listening to music are as follows:  swiping forward or backwards will go to the next song or the previous song, one tap will play/pause music, a double tap enables talkthrough (pauses audio so you can hear ambient noise without removing the PXC 550) and a swipe up or down increases/decreases volume.

The volume gesture control is an important one to note because when we initially paired the headphones via Bluetooth, the volume on our computer was turned up and the music showed as playing - but no sound was audible. After reading through the guide, we swiped up on the ear pad and the volume on the 550 was just turned all the way down. It’s not foolproof either; we regularly pause the music by mistake - but it doesn't take long to get accustomed to.

As for the sound quality, don't be fooled into thinking it's as understated as the design, we can assure you that it isn't. Mid-range is is detailed and there's a lovely open soundstage, despite the closed-back design of the headphones.

Audio is crisp and bass is firm with more than enough clarity to the sound. When listening to music, the instruments are clearly separated with the balance feeling just right. However, the sound can feel a bit harsh at times. The mids spike in places, so vocals can be a bit sharp - but this also helps percussion to feel livelier than it would with other headphones.

In terms of Active Noise Cancellation, the Sennheiser PXC 550 aren't quite as good as the pricier Bose QC35 II (£330). They manage to quieten the noise of chatter on a train and ambient noise in our office - but they fail to give us that eerie silence that Bose can. 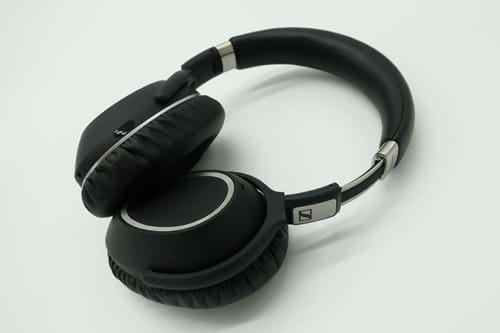 They're not the newest headphones in the wireless, ANC game, but the Sennheiser PXC 550 prove that they're still wildly popular for a reason. The sound is crisp and detailed with a pleasant, lively quality to it and the compact design, comfort and decent battery life make them perfect for commuters and frequent flyers.

They're packed with features, too, but they aren't faultless. While the PXC 550 offer NoiseGard Hybrid Adaptive Noise Cancelling, touch-sensitive controls and an app for extra audio customisation - they aren't the easiest interface to deal with. The minimalist design is appreciated, but the buttons can be fiddly to use when you're wearing them - more so than on the Bose QC35 II anyway. So, it'll come down to whether you want to sacrifice some ease of use for Sennheiser's style.

If we were to write this review two years ago, we'd likely have said that rival headphones had the edge, but considering the price point of the PXC 550 these days - we'd argue they're very good value for money. If you're a true audiophile, more expensive options are probably worth the premium - but if not, we'd opt for these any day.

We don't rate the Audio-Technica M50xBT quite as highly, but they're a cheaper pair of headphones with a longer claimed battery life and touch sensitive ear cups - so definitely worth a look if your budget won't stretch to the PXC 550. If you're looking for a sub-£100 pair, the Soundcore Life 2 are excellent for £65.

Pros Expansive soundstage with clear, crisp sound Very well priced, but still not cheap Comfortable, lightweight and compact
Cons ANC isn't quite on par with Bose Getting on a bit (launched at the end of 2016) Gesture controls can be fiddly

Operating time: Up to 30 hours