The wireless incarnation of the beloved ATH-M50x

Not the most comfortable headphones around

The Audio-Technica M50xBT (also known as ATH-M50xBT) are the wireless incarnation of the beloved ATH-M50x, which are arguably the best pair of headphones you can get for under £200. The originals were designed to bring professional studio-type headphones to the masses, and they've been very successful for the brand.

So, for around £180, you can get professional quality audio with the addition of Bluetooth connectivity. But are they really worth your money?

At first glance, you can tell the M50XBT are a durable set of headphones. They aren't what we'd call pretty, like the Marshall Major III or Her headphones, but the chunky Audio-Technica pair do look like they'd survive drops and tumbles that other brands wouldn't.  They're almost all black with flecks of silver on the hinges and earcups. 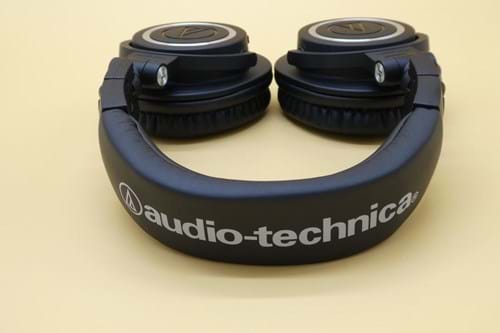 It's not an exciting design, but the thick padded headband and industrial-level, black plastic definitely highlights the pro-headphone-look of the M50xBT. Both earcups and the headband feature a generous amount of padding, covered by synthetic leather. Although, unfortunately, comfort over long durations of wearing isn't great.

We found that the M50xBT earcups pressed against our head, causing pressure headaches after an hour or so. The shallow earcups also have a tendency to give us earache after a while. Comfort with headphones is quite personal, so while you might not have the same issues, our experience is that they definitely lack the comfort of rival headphones. 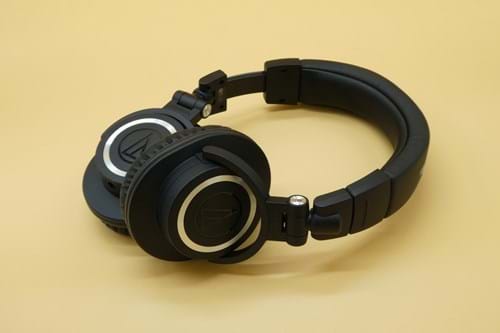 Controls sit on the underside of the left earcup, next to the micro USB charging port. The Bluetooth can be turned on or off via a switch, which is easy to operate with the headphones on if you decide you want to go wireless. There are also three buttons, which control volume, changing songs and play/pause, next to a micro USB port for charging the headphones with the supplied (very short) micro USB cable.

The right cup is also touch-sensitive, allowing you to activate your phone or computers' voice assistant (Siri, Cortana etc). It's a useful feature that a number of headphones now offer, however, it isn't faultless. We did manage to get it working a few times, but often when pressing the outer plastic of the earcup it didn't bring up our voice assistant. When it did, it was often because we inadvertently rested our hand against the earcup.

The headphone's mics also misinterpreted what we said a number of times, which isn't helpful at all. Better just to stick with using your phone directly if you want to make voice commands. The same goes for making phone calls with the mic on the M50xBT. 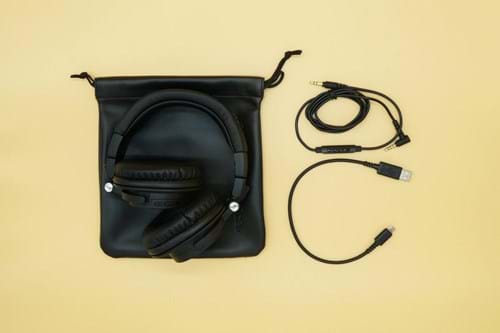 On the plus side, battery life is excellent. A-T claims its M50xBT should last for 40 hours on a single charge with a full charge taking seven hours in total. When they run out of power, you can always opt to use the 1.3m long 3.5mm jack that's provided - which has a mic and play/pause/answer call button.

The headphones and cables can be kept in a storage pouch that comes in the box, too. It's barely big enough to house the headphones when they're folded inwards, but it's a nice addition for those that want some extra protection for their M50xBT. As mentioned, the earcups fold up into the headband with the joints swivelling to make them sit flat in the bag. This also means the headphones can be laid completely flat, which makes them comfortable to carry on your shoulders while walking or the like.

The ATH-M50xBTs offer high-end audio performance, featuring 45mm dynamic drivers with a frequency response range of 15 - 28,000 Hz. The mid-range is definitely the strong suit for these headphones, with the clarity and detail of vocals and guitar coming through particularly well. Bass frequencies feel punchy, although they aren't quite thumping enough for those who prefer to listen mostly to genres like house and R&B. 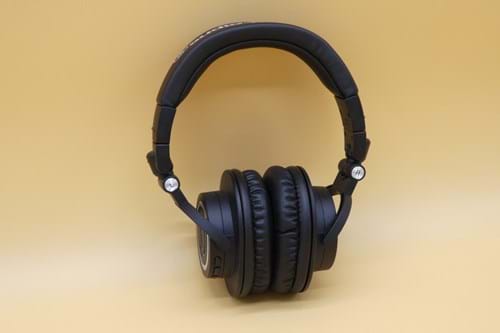 High frequencies are good but not fantastic, which isn't uncommon. Although, considering the ATH-M50xBT are modelled on pro audio headphones, this lack of sparking treble is slightly unusual. Overall sounds is good, don't get us wrong, higher and lower frequencies just aren't as pronounced as the mid-range.

The closed cup design also means there isn't too much sound leakage, so there's no need to worry about disturbing commuters or colleagues around you.

Overall, the ATH-M50xBT are a great pair of headphones, offering very impressive sound quality. They lack the style and comfort of other headphones we've tested, so it really comes down to what your willing to sacrifice. Bluetooth connectivity is another plus in our book, although things like touch-activated voice assistance seems a touch gimmicky.

Battery life is very good, too, so if you're looking for substance over style then these are a great option. But, they really aren't comfortable for us, so we'd recommend trying some on before you buy if you can.

Weight: 310g without cable and connector