A clash of cultures. The world seems to have embraced cycling, and despite the 'them and us' approach some drivers and cyclists seem to have, there’s quite often the need to carry your bike somewhere. It’s relatively easy to get a set-up for a modern car, but what about us classic car drivers?

Thule has the answer. Browse its website and you’ll find choices for model years as far back as the 1970s, so if you’re a classic car driver with a penchant for pedal power at your destination, all is not lost. Admittedly, it might take a bit of detective work to find a suitable set-up, as our car 1995 Porsche 911 Carrera revealed. It wasn’t listed on Thule’s website, though its predecessor model was. As they share the same roof, and rain gutters, we could order with confidence that it would work. 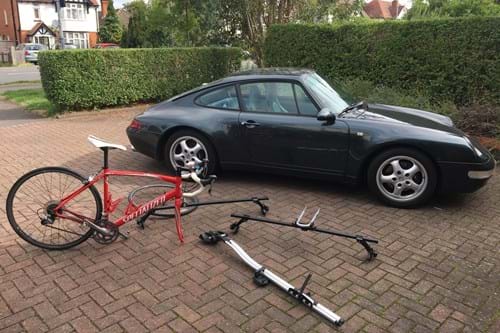 We’ve reviewed Thule roof carrying systems in various guises before and, as with previous experience, the set-up we selected for the 911 worked beautifully. Indeed, in relation to the ease of first installation this selection proved significantly easier than the flush roof or roof-bar mountings more modern cars require.

Most cars in the '70s and 80's had rain gutters, so the whole business of attaching roof racks became a bit more complicated when these were removed. We went for the Thule Raingutter kit 951, which can only be fitted with Thule’s 761 SquareBar, denying us the use of the more aerodynamic profile of some of its other bar offerings.

Should the height of the Thule 951 kit not be quite enough - 15cm clearance - then the 952 kit offers a 20cm lift, though, somewhat inexplicably the higher mounts are nearly double the price.

The rain gutter mount is a paragon of ease, simply sitting in position before tightening the lower clamp into position. The clamps themselves are covered in a soft rubberised finish to prevent any damage to your cherished classic. Turning the big knob locks the SquareBars in place, the whole installation easy and secure. 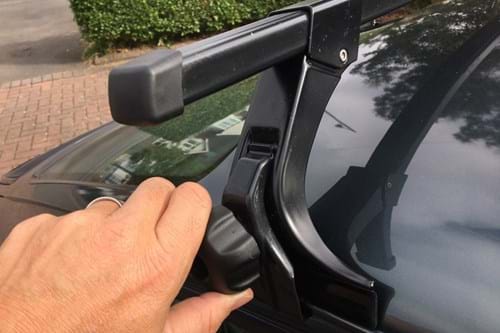 A number of options were possible with the SquareBars to carry a bicycle, but we opted for the Thule OutRide 561. It clamps to the front fork, so we added the Thule Wheel Carrier 545-2 to prevent us having a wheel knocking about the interior.

Other possibilities included the ProRide, which fixes the entire bike on the roof, though we opted for the OutRide to keep the bike lower, as well as ease loading. That, and if we’re being honest, we think it looks cool (particularly on a sports car).

Fitting the OutRide itself is simple enough too, it clamping on at two points using the correct adaptors - the OutRide will fit on Thule’s other bars if you’re mixing and matching, or swapping your carrier between cars. The additional wheel carrier needed attaching with an Allen key (hex), which was supplied. Fitting the wheel to the wheel mount is simple, with it using the wheel’s own quick release spindle. When it’s not in use the wheel carrier can be folded down.

The OutRide features a lock on the bar at the front mount, usefully the same key also locks the bike front fork in position. While it’s secure enough for leaving when parked briefly, we’d suggest removing expensive bicycles and locking them up elsewhere if you’re parking overnight. 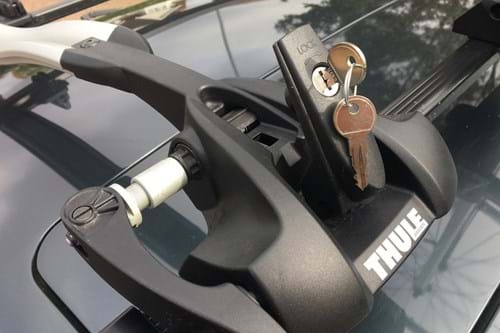 With a 100kg carrying capacity, the mounts bars and OutRide with my bike attached were all easily under that limit. The Outride can carry up to 17kg, it weighing 2.5kg itself. Fixing it all in position took little over 20 minutes, removing it all again even less.

Thule recommends the maximum speed with the rack and bike fitted as 130kph (about 81mph), which is the maximum speed you can travel with the rack fitted on European roads - Germany excepted. But you'll still need to travel under the 70mph limit in the UK. It all felt extremely secure, and only the faintest additional wind noise was notable at speed, and even then only really with the windows down.

The Raingutter fixing kit all works very well, meaning you’ve no excuse for not taking your bike along if you’re using your classic or have an older daily driver. 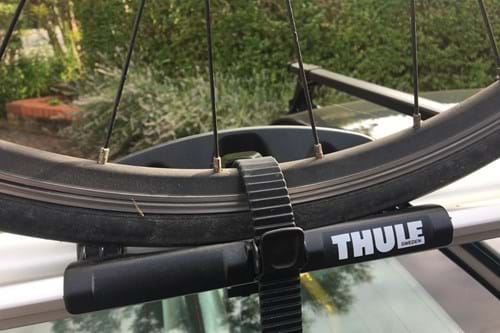 It’s unlikely you’ve read this far and not surmised that, yes, you should buy one. If you’ve an older car and need to carry bikes (or indeed fit roof boxes, skis, boards or boats) to it, the Thule 951 kit works beautifully.

It's built to Thule’s usual high standard, and is easy to fit and remove. It’s a shame Thule doesn’t offer the ability to fit the Raingutter feet to its more aerodynamically profiled bars, and the inability to lock the rack to the car itself might put some off.

We’re also at a loss as to why the 952 feet cost almost double that of the 951 pack for just 5cm extra clearance too. But, all said, it’s a useful and relatively inexpensive solution to those of us with older cars. 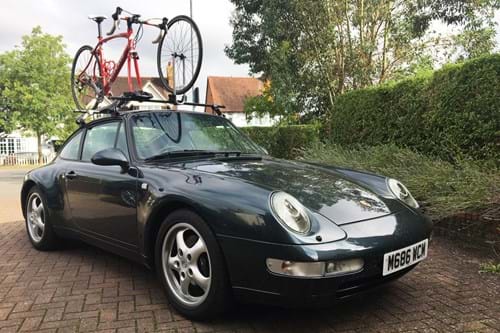