With headlines about the number of air pollution-related deaths increasing and clean air zones - like London's Ultra Low Emissions Zone (ULEZ) - popping up all over the UK and Europe, concerns about air quality have been pushed to the forefront of people's minds. After all, you wouldn't drink murky water. Shouldn't the same apply to dirty air?

The Foobot is a 17cm, white plastic air quality monitor that measures indoor air pollution. Using a range of sensors, it aims to help you understand whether things like washing detergent, pollen or exhaust fumes might be making your air less healthy - as well as providing tips to combat low air quality. 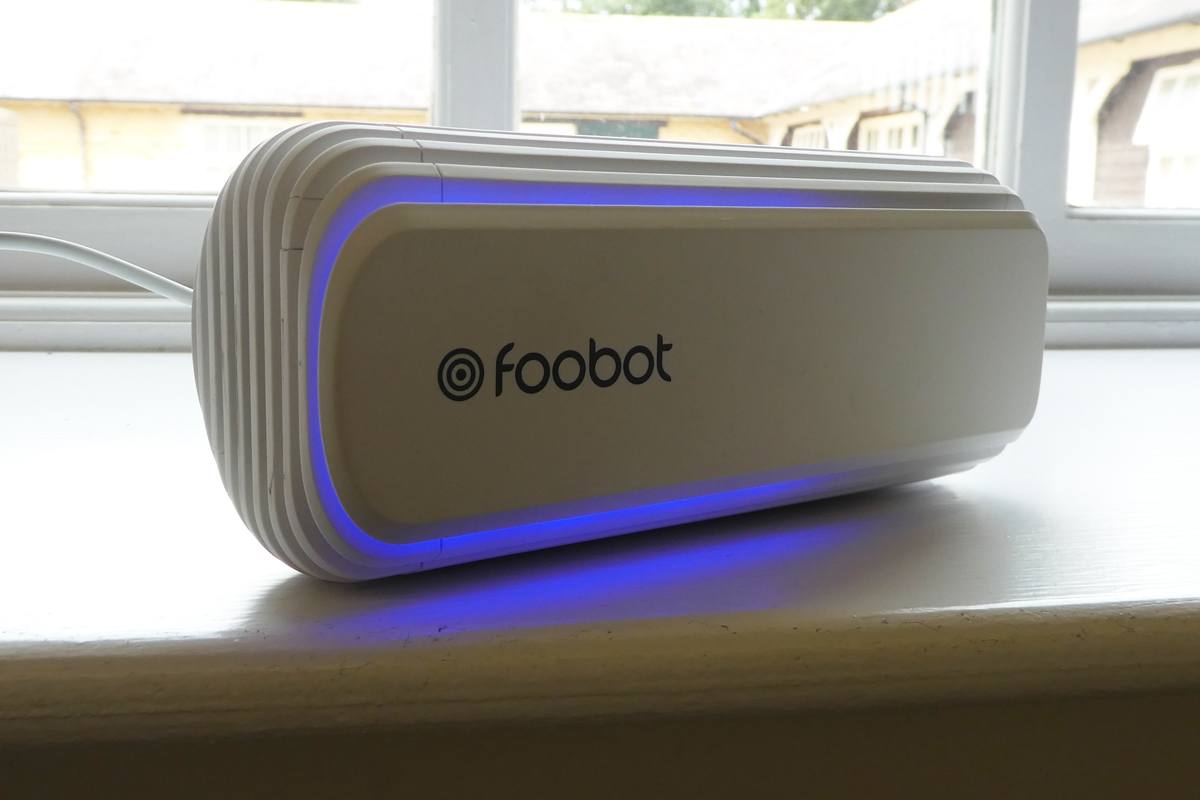 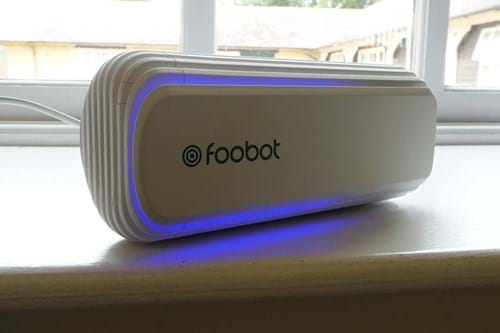 Well, it's a pretty intelligent piece of kit. And it's easy to set up. I kept the Foobot at my house and at the Honest John office - considering those are the places where I spend most of my time. While our office isn't exactly urban being in a small village, there are plenty of cars that come and go from the offices and houses around us.

In contrast, my house is in the countryside (though there's a nearby bus stop, which kicks up a lot of dirty bus fumes), and it was interesting to note what types of pollution triggered the Foobot in both locations.

Once it's out of the box, you just plug it into a three-pin socket in the room that you want to monitor. Once it's plugged in you just download the app (available on Android and iOs), sync your Foobot and it'll start to receive the data about the air quality in your home. Unfortunately, the Foobot struggled to connect to the WiFi when we first set it up in the office.

There was no issue connecting it at my house, though it did sometimes randomly lose connection. And every time it disconnects itself the device loses all the data it's collected about your air quality, which means you can't start to track the patterns of air quality fluctuations because it won't have the previous data stored anymore. 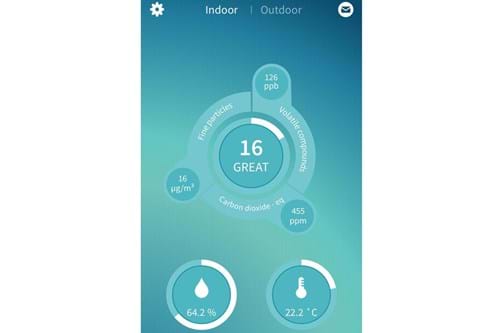 Once it's up and running, the Foobot measures various areas that impact indoor air quality. The first is Volatile Organic Compounds (VOCs), which are toxic chemicals that are found in cleaning sprays, nail polish remover, air freshener, paint etc.

The Foobot also tracks particulate matter, which are tiny particles that aren't filtered by your body - i.e. dust and fumes. These can cause trigger asthma and other respiratory illnesses, as well as cause cancer when they build up in your body. The Footbot can detect particulate matter with a mass of 0.003 to 2.5 micrograms.

Humidity and temperature are also detected. Rooms with high humidity can be breeding grounds for mould and bacteria, while dry air can cause dry skin and itchy eyes. CO2 is the last factor that's measured, or, interpolated to be more precise. Why? Because the Foobot doesn't actually have a CO2 sensor...

CO2 levels are calculated according to VOCs levels via complex algorithms. I personally don't find the CO2 that reliable, in fact CO2 readings might be better left off the device because it makes me distrust the other readings. As you can see below, the particulate matter readings spike when you spray kitchen cleaner near it... 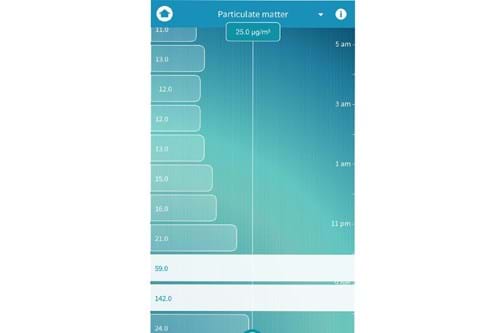 When the  Foobot glows blue, air quality is good, when it glows orange, things aren't so good. It's very simple. And the LEDs can be dimmed, which is great because at full brightness the device is very off-putting inside a dark bedroom.

As you can see below, the app's background also turns orange when air quality is less than ideal. Although it can’t differentiate between pollutants (i.e. the toast that was burning at the time, and things like exhaust fumes or a spray of deodorant), you can track pollution spikes to find out hidden sources of air pollution that are triggering the Foobot. 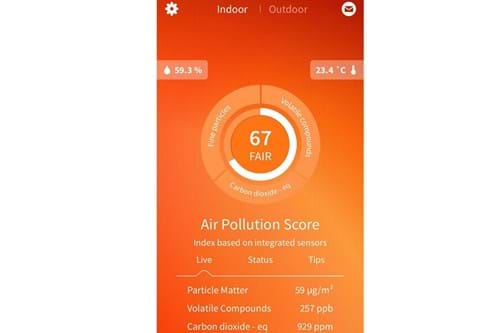 It's also worth noting that it takes six days for the Foobot to calibrate itself to it's environment. You won't start to receive accurate measurements until it's got itself acquainted with it's surroundings.

The air quality monitor has IFTTT, Stringify and Artik Cloud connectivity too, so it can cue devices like thermostats, humidifiers and purifiers to turn on when pollution levels pass a certain threshold. It's one of the few products that can connect to Alexa, Nest, Ecobee etc.

If you want to monitor and purify the air in your home, then it's ideal. But unless you're suffering from allergies, headaches, poor sleep - which you want to investigate the source of - most people would likely opt for the simpler, cheaper solution of just buying an air purifier or dehumidifier.

In fact, you can get this Levoit air purifier for as £80, and it'll actually improve the air quality inside your home rather than just telling you about it. Or this Dyson purifying desk fan, which senses and displays air quality as well as purifying the air in your home. Albeit for £400, or double the cost of the Foobot.

The Foobot is a good little device, and - much like changing food and exercise habits to be healthier - we should all definitely think more proactively about the air we're breathing. The Foobot suffers from some issues - namely, trouble connecting to some WiFi networks and an inability to distinguish what high pollution 'events' it has been triggered by - but generally it does what it says on the tin. It turns an invisible threat into a tangible issue you can combat.

But, does it warrant the £200 pricetag? That's up to you to decide. Though, for a device that asks for a large chunk of your money, it doesn't really do a lot to earn its keep. For this price, I think most people would want something that tells them what's triggering the sensors, rather than leaving them to connect the dots themselves.