The PS4 Pro is Sony’s more powerful update of the PlayStation 4 games console, released three years after the original. Mainly, it adds 4K resolution and High Dynamic Range (HDR) graphics to the 2013 PS4’s spec sheet, as well as an upgraded processor, better compatibility with Sony’s Virtual Reality headset (PSVR), and a design update.

To take advantage of most of the upgrades you’ll need a compatible 4K television and, if you’re keen on being part of the vanguard of gaming, a PSVR headset.

4K resolution is where having a Pro makes most noticeable difference – we’ll come to the VR bit later – although as it turns out, the console doesn’t actually offer true 4K resolution. That requires the sort of processing power only found in high end computers costing many times as much…or an Xbox One X, it transpires, which came after Sony’s '4K' console.

So, why the quotations? Simply put, the PS4 can’t quite muster 3840x2160 pixels on the screen – that’s proper 4K resolution (2160p). Instead, it generally renders at 1440p (sometimes a little more) and uses its increased processing power to intelligently fill in the gaps on a 4K screen.

In truth, though, once screen resolution gets beyond a certain point it becomes hard to really tell the difference on a home TV, even a bigger one. For most, that point is somewhere between 1080p and 2160p.

'True' 4K or not, the graphical upshift is remarkable. Of course, it’s difficult to convey that without actually showing you the same game running in standard resolution and in 4K – those of you who remember watching those ‘DVD is amazing’ adverts on your portable telly at the start of a VHS movie will know why. Trust us though, 4K games look beautiful. 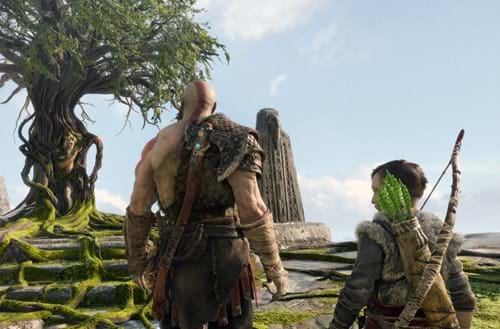 It’s not just about the resolution though. Framerate is just as important – perhaps more so – when it comes to great looking games. The increased processing power of the Pro means that games can run more smoothly – the central processor is boosted by 25 per cent over the standard PS4 (now 2.1GHz) and the graphics processing capability has more than doubled.

A common issue with console games that require lots of processing power is that the framerate will drop, causing the action to slow down or ‘judder’ – not ideal if, say, you’re trying to clear a goalmouth scramble in a crucial English League decider with Tyneside United on PES 2018.

The Pro not only helps lock the framerate of most games at 30FPS (frames per second), but allows some games to run at 60FPS – a transformative difference because of the sense of silky smooth motion that 60FPS brings.

Same goes for HDR, which hugely improves the look and feel of certain games – the ones aiming for photorealism, generally – making the colours 'pop' by adding more detail to really dark or really light areas, where they might normally look washed out.

Not all games will look better, but lots do. Certain developers have developed 'enhanced' versions of older games, with either framerate or graphical improvements, which will be updated automatically as a free patch if you already own the game.

However, as time goes on more games are being developed specifically for the Pro, with big budget blockbuster titles like God of War and Horizon: Zero Dawn running in maximum resolution with HDR.

You’d think it would play 4K blu ray, but no. For some reason – most likely to keep costs down – Sony has not added a 4K Blu Ray player. The Xbox One X does, though it costs considerably more. 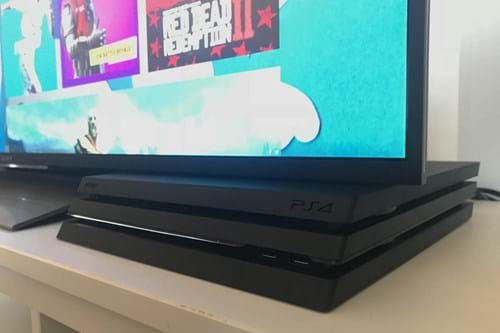 Thankfully, Sony has made it relatively easy to use a third party hard drive, lowering the cost of adding memory – you’ll be surprised how few games it takes to eat up even a 1TB hard drive. GTA V weighs in at around 65GB, and Call of Duty Black Ops III a whopping 100GB.

There’s also the fan issue. The fan of the Pro is a little louder than the PS4 Slim, on account of the extra cooling it requires. However, both the original PlayStation and the Pro are notorious for developing noisy fans.

In fact, the particular PS4 Pro we’re reviewing is the fifth that the reviewer has owned over the last four years, and while it’s been perfectly quiet to date (one month in), the previous four (three standard models, one Pro) have suffered catastrophic fan noise. Click here for a video of the last one. We appreciate this is anecdotal, and of course doesn’t reflect the experience of most, but it’s worth saying.

The DualShock 4 controller bundled with the PS4 Pro is the same as the standard one, which was updated in 2016, adding a lightbar to the central touchpad and the ability to be connected via a USB cable for actual gameplay rather than just charging – a move that can improve button latency. Most won’t be able to tell the difference though. 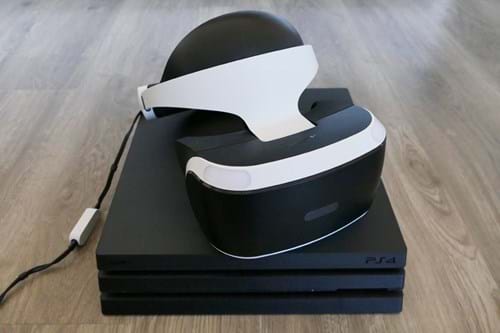 Usefully, the Pro has one additional USB port at the rear, which makes integrating the PSVR easier and without losing one of the two front USB charging ports (for the controllers). Bafflingly, however, the first generation PSVR’s processing unit doesn’t pass through 4K HDR signals, meaning you have to unplug the PSVR if you want to see 4K/HDR on your TV when you're not using the headset. If not, it’ll downgrade them to 1080p. The second generation unit, released early 2018, resolves that issue.

The Pro allows for slightly better graphical processing within the VR unit itself – though, to be honest, the difference is negligible.

If you own a 4K TV – or are planning to – then certainly, because the processing and graphical upshift is absolutely worth the relatively minor additional outlay over a standard PS4. Is it worth binning off your older PS4 for one? Again, that depends. If you’re a casual gamer without a 4K TV then probably not, but with 4K TVs and the PSVR dropping in price with regularity, the full-fat PS4 experience is becoming relatively affordable. 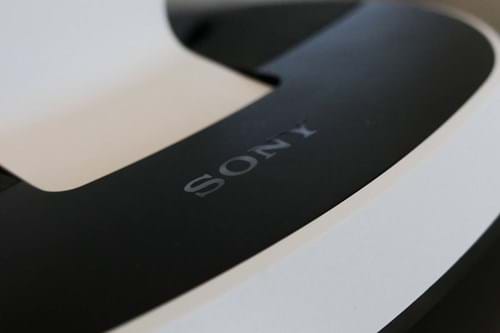 A good gaming headset is essential for any gamer, whether you're an infrequent Forza player or a hardcore... Arca’s Path is a game designed specifically for virtual reality that has the player using an intuitively... Launched at the beginning of the year, the Sennheiser GSP 600 gaming headset is the successor to the... The Hyperkin SmartBoy allows you to play old Game Boy games on your smartphone (designed to work with...