The Anker Roav is a small, unusually-designed dash camera. Its unconventional shape means it can be positioned very neatly at the top of the windscreen, where it looks like in integrated part of the car rather than an aftermarket camera. It shoots in up to 1080p at 30fps, or 720p at 60fps and costs just £80.

There is no GPS sensor for recording location or speed data, but there is a built-in WiFi system for downloading video clips to your smartphone, without the need for cables. There’s also an impact sensor that can wake the camera and record footage if it detects movement or an impact when your car is parked.

The Anker Roav might be at the more budget end of the price scale, but it certainly doesn’t feel it. Build quality is excellent, with a solid, weighty construction and various metal elements. In the box there are two sticky mounts that, when installed, allow for a quick release of the camera while the base stays attached to the windscreen. But there is no suction mount option simply because of the discreet design. 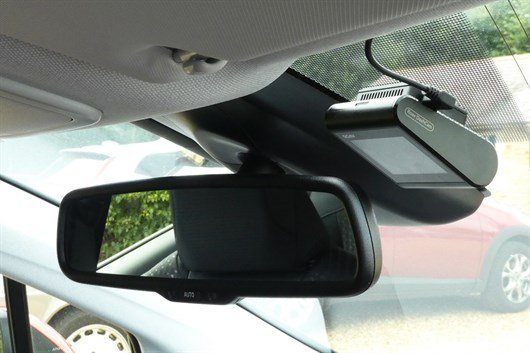 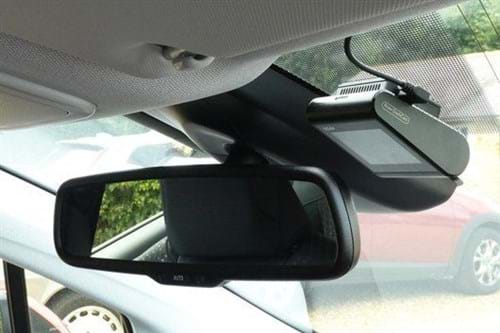 Those sticky mounts are very, very sticky though. So be careful when installing the Roav because if you don’t get it right, repositioning it is a real pain – hence the spare mount. Once it's installed, there’s enough length in the cable to route it neatly out of sight and in to your car's 12V outlet.

After that it’s all very much as you’d expect. The camera starts recording when it receives power, in short clips. Once the memory card (not supplied) is full, the oldest clips are overwritten. When the power is interrupted the camera records for a further minute and then powers off.

One of the most useful features is the camera's parking mode, which switches the camera on the moment the built-in G sensor detects an impact. Obviously, this won’t capture everything in the event of damage or an accident – it depends on the angle the car is hit from, etc - but it is a handy feature and the battery should keep the camera active for days at a time.

The footage itself is impressive. The Roav uses a high-quality Sony image sensor, so images and still frames are clear, meaning important details about other cars or location are easy to make out. That’s the case even if you run the camera in its lower 720p resolution. A 720p sample is embedded below.

For £80 the Roav is a very impressive dash camera, especially if you want a discreet solution. When installed, it’s barely noticeable, especially compared to typical suction cup mounted camera and we think this is the key selling point, in our opinion. The only problem with the system is the sticky mounts. Indeed, they're very difficult to move from car to car and even those with strong arms will struggle to remove the mount from the windscreen

If a discreet installation isn’t important to you, an Aukey DR-01 dash camera will record similarly crisp footage and costs £10 less – although the construction of the unit itself isn’t as sturdy or as high in quality.