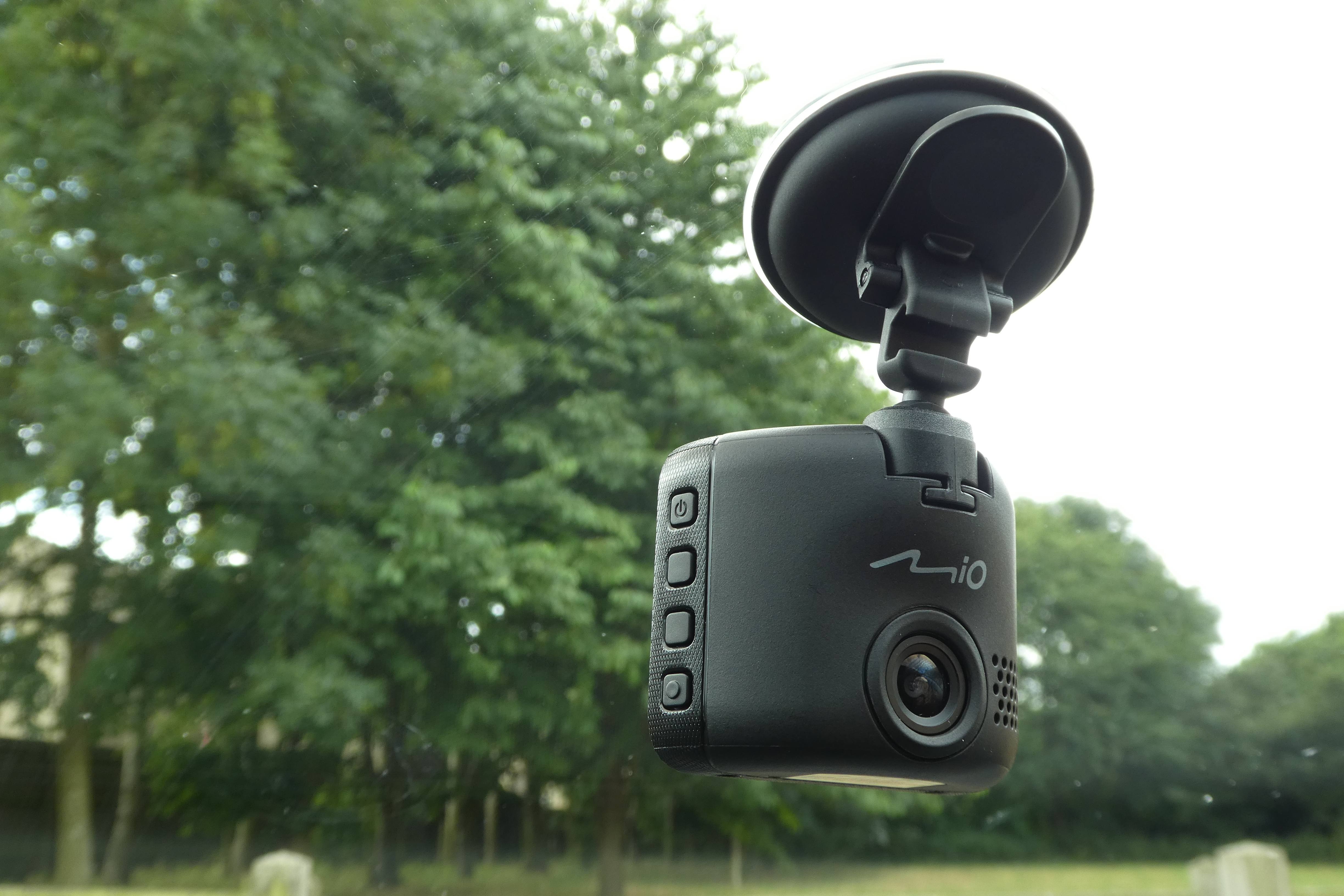 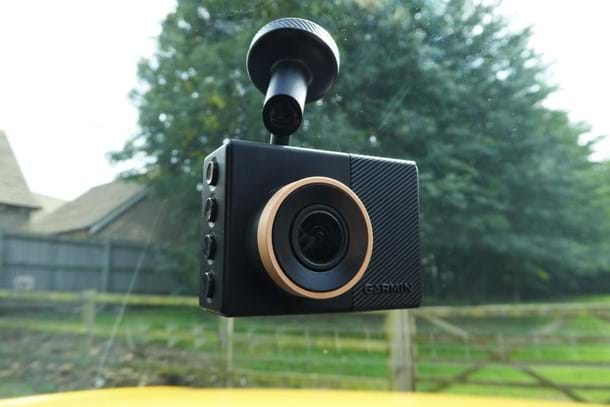 Can I use my dash camera abroad?

Best dash cam for under £50

Best dash cam for under £80

In years gone by, the only people who would want to video their every car journey would be the sort of people who would also want to bore you with slides from their recent holiday to a grey coastal resort in November.

However, many insurance companies now offer discounts on premiums for those that have a dash cam. The in-car camera has also been known to speed up liability disputes after accidents. The average insurance claim takes 248 days to be resolved, according to Nextbase. But this can actually be halved if video footage is supplied.

When it comes to picking a dash cam, there is a range of different options out there. These are the things you need to consider when deciding which one to opt for.

While most drivers will simply opt for a forward facing dash cam on their windscreen, some also want the peace of mind that comes with having a dual dash cam set up. A rear dash cam could provide useful info in the event of a hit and run, like reg plate details or to evidence that the other driver demonstrated reckless driving just before hitting your car.

It could also prove someone was on their phone at the wheel before they hit you. And, if you have to stop suddenly and get hit from behind, it could prove that someone was too close/tailgating you beforehand.

The Nextbase 512GW and 512GW Rear Camera records the footage side-by-side onto a single SD card, while the Z-Edge S3 is another decent dual dash cam option. However, it's worth watching sample footage on YouTube before buying because it's not uncommon for the rear camera to have lower resolution than the front camera.

This means lower footage quality at night, when accidents are more likely to occur anyway.

Swiftcover offers discounts of 12.5 per cent with a Nextbase dashcam to new customers. Owners of Nextbase dash cameras are also eligible for 20 per cent off their insurance policy if they take it out through broker Sure Thing, and AXA Insurance offers 10 per cent discounts to dash cam owners.

Aviva customers can download the free Aviva Drive app to their smartphone to track their driving (acceleration, cornering and braking). Drivers then achieve a score, those with a 7.1 or higher save an average of £170 on comprehensive cover, according to Aviva. Though the discount requires a minimum current premium of £200.

For drivers aged between 21 and 30, MyFirstUK offers savings up to 30 per cent if you take out a dash cam insurance policy with them. Drivers must have a Nextbase 312GW dash cam installed in their vehicle, which is included as part of the premium.

It's worth bearing in mind that some insurers only accept high resolution footage. So while there are some good options for under £40, these may not offer the high quality recording that you'll need to prove fault in the event of an accident. If you want a higher quality image, a camera capable of recording in 4K Ultra HD will do the job.

Recording on the move comes as a given with dash cameras, and many will use sensors to determine when you are driving. However, some will also be able to use these same sensors to work out when something happens while you are parked up.

A dashcam needs to be mounted so it has a clear view of the road ahead, and towards the edge of the windscreen so it doesn’t intrude more than 40mm into the area covered by the sweep of the wipers.

There are two common ways to attach the camera – a sucker or a sticker. Those attached via a sticker tend to have a small base that is left on the glass, so you can remove the camera to download the footage. It is secure, but the downside is that you can’t move the camera between cars easily, as most cameras come with a limited number of stickers.

Suckers offer a lot more flexibility as they can be moved from car to car, but some are more efficient than others. Look for a clamping mechanism to give a better suction seal so the camera doesn’t get knocked off or fall off when in warm sunlight.

To keep them small enough to not be intrusive, dash cameras take their power from a car’s battery. The most common way of doing this is via the 12V socket in the cabin. Some are powered by the more modern USB cable, though. If your car doesn’t have a USB socket then this is easily solved – 12V to USB adaptors are easily and cheaply bought online.

The other option is to hardwire the camera into your car’s battery via the fuse box. This frees up your 12V and USB sockets for other in-car devices, like sat navs or phones, but it is a more permanent solution and won’t allow you to swap the camera from car to car.

Can I use my dash camera abroad?

Bringing your dash cam on holiday with you can ease the worry of dealing with liability if you get into an accident outside of the UK. Unfortunately, it’s not quite that simple. In fact, the UK happens to have some of the most relaxed rules in the world when it comes to regulations that may affect your dash cam.

Laws on recording in public, filming people without their permission and operating in-car electronics have no set EU regulation, and are left instead to individual national governments. In some countries, you can actually receive a £9000 fine for recording with a dash cam...

So, lets cover the easiest holiday destinations first. You can use a dash cam in Bosnia and Herzegovina, Denmark, Italy, Malta, Netherlands, Serbia, Spain and Sweden without any restrictions. However, things aren’t so simple in many other European nations.

In Austria, it is illegal to own, let alone use, a dash cam and even first time offenders can be hit with a huge fine of €10,000. Get caught again and it is a €25,000 penalty. In Luxembourg, using a dash cam is illegal (though owning one isn't...).

You can both own and use a dash cam in Belgium, but only for 'private use', which means that if you’re involved in an incident you’ll need to inform all other parties before submitting the footage as evidence.

Like the UK, drivers in France can use a dash cam but it cannot obstruct the driver’s view. Like Belgium, France also restricts dash cams to 'private use'. However, in this case, that means you can't simply just share footage (on Youtube or Facebook, for example) unless you ask those who are being filmed.

In Germany dash cameras must not obstruct the driver’s view. In compliance with the country’s strict privacy laws, any footage shared publicly must have faces and number plates obscured. Similarly to the UK, in Norway  the only regulation on dash cams is that it’s installed out of the way of the driver’s view. It's legal to use a dash cam when you drive in Spain, but once you arrive in Portugal it's illegal to own and use a dash camera.

And as you might expect, the most confusing law on dash cams is saved for Switzerland. Although they are technically legal to own and use, Swiss data protection laws mean you'll be hard pressed to actually use the footage in any capacity.

For starters they can't be used for documenting a journey, Swiss law says there needs to be a legal purpose behind the recording. And it also needs to be obvious to the people being filmed that they are being recorded. As dash cams are often discreet features within a car, it's unlikely you'll manage to get around that issue.

It's probably safer just to leave your dash cam at home if you plan on travelling to Switzerland...

Dash cameras are small enough that they won’t distract you while driving, so they won’t stick out like an ugly intrusion in your car’s cabin, but style still matters. Pay more for a camera and you get more choice when it comes to materials, finish and screens.

If you want to really keep your camera tucked out of site, then some are even designed as rear-view mirrors (like the AutoVox X2) to really blend into the surroundings. This might appeal to those uncomfortable with leaving a piece of tech obviously on display in the cabin, but it may not be compatible with all shapes and sizes of rear view mirror.

Most dash cameras don’t have internal storage, so they will need a micro SD card to store the video files created by your various journeys. These come in different capacities, but most cameras will need at least 32GB worth of storage. Some will need 64GB, though, so check before you buy.

Some dash cameras are also particular about the SD card needing to be formatted before they start recording, too, so it’s best to buy a dedicated SD card for your in-car footage.

If you have an incident, then you just have to get the footage onto your computer, phone, tablet or other device. Some will allow you to do this via a cable provided, others will require you to use a dedicated SD card adaptor to plug the card into your computer. Some can even connect to Wifi to allow you to view footage elsewhere with ease. The YI Smart costs just under £50 but outperforms cameras that are more than twice the price. It's one of the best non-4K cameras we have tested and, for the price, is superb value for money. It's also easy to use with a simple menu layout and is proving reliable too. The lack of GPS is a drawback - but if that's not an issue for you, this is a no-brainer. 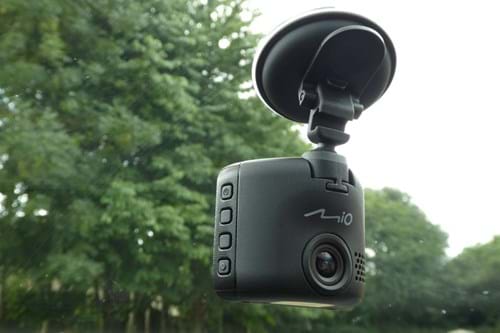 We like the C330's diminutive dimensions - it will easily hide behind your car’s rear view mirror - but it can feel slightly dated compared to the competition. That said, the footage is good quality and it comes with GPS too - so it'll alert you about upcoming safety cameras while you drive. 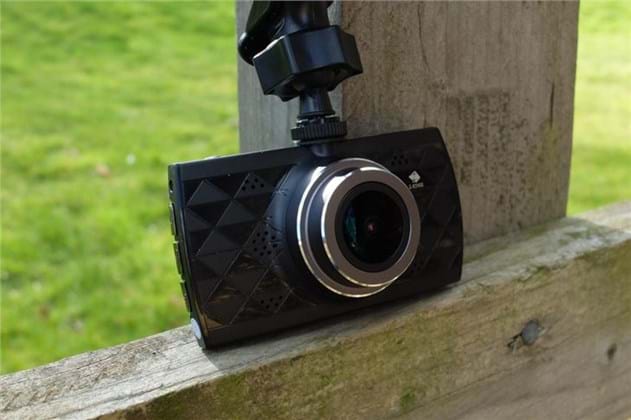 The Z3 produces superb quality footage in all conditions and is one of the best all-round dash cams we've tested. It may not be feature-laden but the footage it takes is excellent - and surely that's the main purpose of a dash cam.

Do insurers class dash cams as a modification that you have to declare?

Is a dash camera classed as a modification for insurance purposes?
Depends on the insurer, as well as whether it's a permanent fitment. In my opinion, no it isn't a modification.
Answered by Tim Kelly
More Questions
Ask HJ

I want a dash cam to sit hidden inside my car's grill - what do you recommend?

I'd like a dash cam, but would prefer a hidden unit in the grill. want something waterproof, but I can't seem to find one. Am I best just looking at motorbike cameras and adapting it? Suggestions would be welcome.
Generally, dash cams aren't built to sit behind the grill. You risk debris hitting the car, which will inevitably damage the camera. The wind at 70mph, as well as the heat of the engine, aren't things that most dash cams are built to deal with either. On top of that, you'd have to regularly clean it and make sure it was secure or you risk losing all your footage, and possibly your camera along with it. That being said, you could - in theory - use a motorbike camera that was adapted for what you want. The INNOVV C5 could be an option, but fitting it may be more hassle than just getting something more discreet for inside your car - like a mirror-mounted dash cam.
Answered by Georgia Petrie
More Questions