Canopy blocks sunlight and a built-in app monitors the child

The Cloud Z is the i-Size baby car seat offering from Cybex. If you’re unfamiliar with i-Size, it’s designed to be a universal fit with any car that’s i-Size compatible. This seat should protect your little one from birth to 15 months/105cms.

This Cloud Z child seat is an evolution of a Cybex design that’s been running for some time. It’s 15 per cent lighter and comes with some impressive functionality. When paired with the modular Base Z, with its rotating mechanism, it allows you to not only fit the infant carrier into the car but turn it too.

It’s only when paired with this base that the Cybex Cloud Z complies with the R129 regulations that make it i-Size compatible. Although it can be fitted without the base using the seatbelt, you don’t get the safety and practicality features that you would otherwise benefit from. 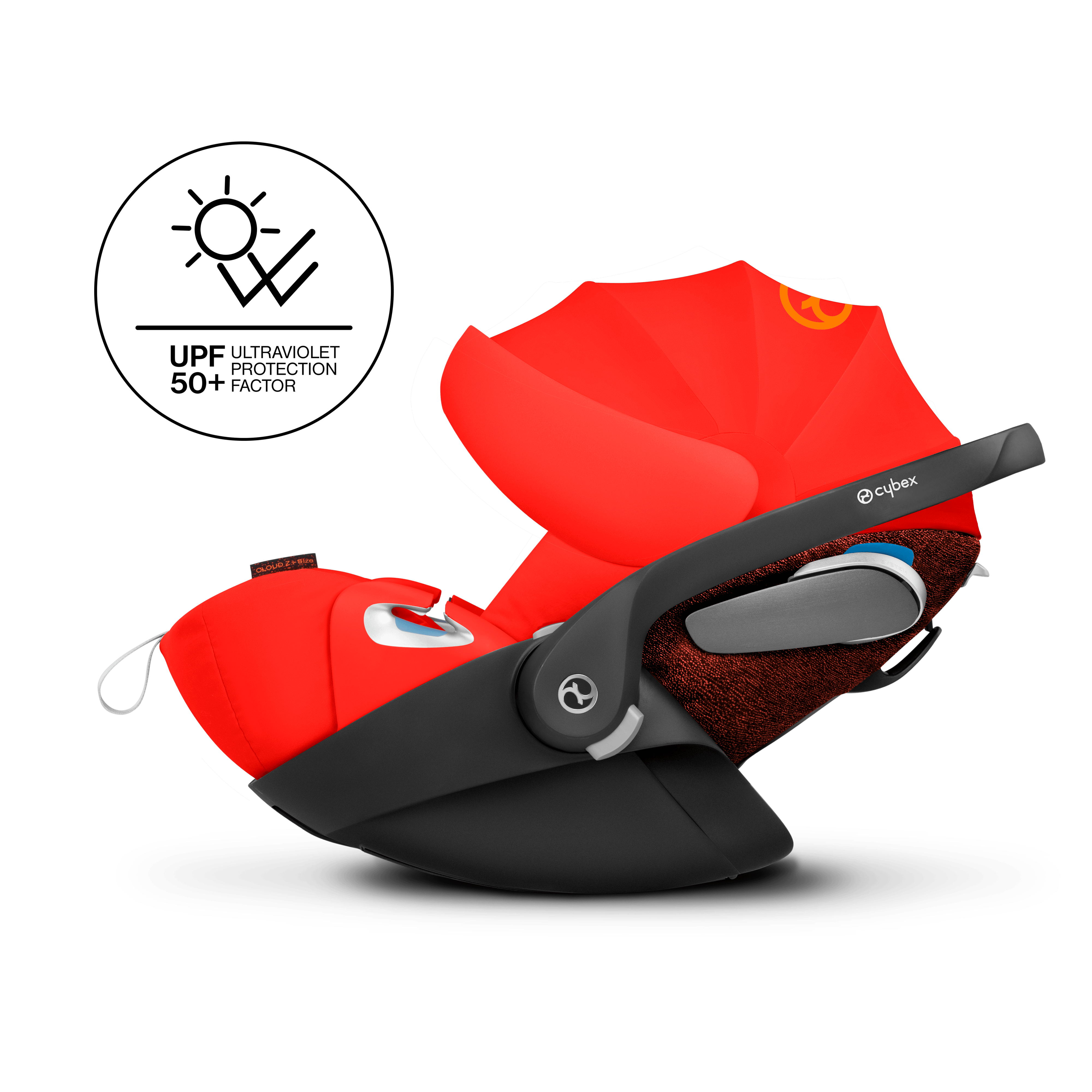 Installation of the Cybex Cloud Z is simple. Fold-out the load leg until it snaps into position. Next, squeeze the front and back buttons to release the side ISOFIX connectors. Then it’s a case of sitting the base onto the car’s seat and pushing back until you hear that reassuring ISOFIX click - the base has to be pushed as far back as possible so that the brace is in contact with the back of the seat. 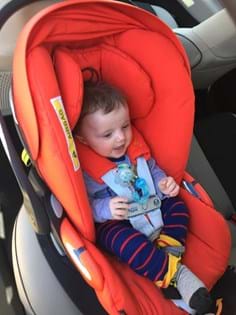 First impressions of the seat are good: it looks comfortable and has a sturdy, well-made feel. The additional extra padding for a newborn (the newborn inlay should be removed once the child is taller than 60 cm) adds to the comfort for smaller babies and can be taken out with ease. Vitally, they can also sleep flat in the chair, so they don’t need to be disturbed. The five-month-old who tested this Cybex Cloud Z fitted snuggly and we were curious to see whether the seat would grow with him.

Fortunately, it lived up to expectations. After two months of use, the seat remained as comfortable as ever. On long haul drives - in excess of six hours - this seat does not disappoint with the baby sleeping through the night as if it was his own bed.

The canopy offers protection from harmful rays (SPF50+) and helps to induce sleep and a relaxing car journey. Its stretch is further than your average car seat and is such a good feature that you’ll be left wondering how you managed without it.

The base’s rotation offers ease of access to the child and saves stretching round and fighting with seatbelts from an angle. This eases the child into the seat and avoids any unnecessary upset that is common from the awkward procedure of putting a newborn into a car seat. The Cybex harness has one of the kinder clips and its excellent design meant no injuries. It appears challenging enough to avoid premature release by small hands. 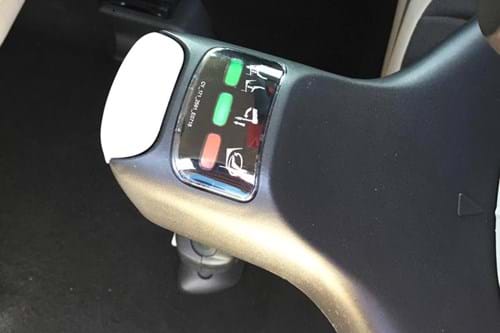 Removing the Cybex Cloud Z is straightforward and saves time and disturbance. The seat itself is comfortable to carry but is on the heavy side. It does, however, attach to a pram base so actual carrying can be kept to a minimum.

The side impact system on the Cybex Cloud Z provides extra reassurance with three green indicators on the Isofix base that show all the safety features are engaged. If they aren't, they show red and it's clear to see which of the three isn't engaged. This is really reassuring given the complexity of the design. In German ADAC crash tests, it was awarded a good rating, scoring 1.7.

Everything needs to be connected to an app these days and the Cybex Cloud Z is no different; with the seat being fitted with a unique child monitoring system designed to keep an eye on your child’s safety and wellbeing. It’s called SensorSafe and it attaches to the harness and, in principle, it's a good idea.

The system alerts you if your child unclips the buckles, left unattended in the car, when the temperature is too hot or cold or if he/she has been in the car for too long. All alerts are sent via Bluetooth to your phone. While it starts off as a bit of a novelty, it quickly becomes irrelevant and can get quite annoying.

That’s largely because the ‘alerts’ tell you what you’re already aware and the language is rather on the dramatic side For example, the alert for excessive temperature is enough to strike the fear of death into you: ‘RESCUE CHILD!’ it says (and keeps on saying) until the windows have been opened and the air conditioning cranked up - and yet you can feel the effects of a hot car for yourself. It gives the sense of being accused by a digital nanny of negligence. 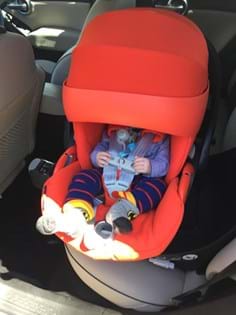 The app is a bit of a pain, but it doesn’t take away from the fact that the Cybex Cloud Z is a remarkable child car seat. Pricey, yes, but packed with thoughtful details that justify that premium. We were particularly impressed with the thought given to the additional padding for newborns and the foldaway extra-large canopy that provides UPF50+ sun and wind protection.

It’s also sturdy, well-built and allows babies to remain lying flat. The Cloud Z can be attached to any Cybex buggy or stroller, fits a swivel base (which can be re-used for a Sirona Z - the next seat size up) and is very stylish as well - so it should be no surprise that it scores so highly.

Not sure whether it will fit your car? Use our Car Child Seat Chooser

Fits onto the Base Z for a continuously safe ride from birth up to 105 cm, approx four years

Integrated L.S.P. System offers increased safety in the event of a side-impact collision