iPhone only - for now

Still, this is one impressive piece of kit. Not only do these little earbuds record true 3D sound – so called binaural recording – but they’re also a functioning set of noise cancelling in-ear headphones.

They have a fancy (and convenient) audio passthrough mode too, so you don’t even have to take them off when someone starts asking you for directions to Asda.

While you read our review, stick some headphones in and check out this short recording of the most standard activity imaginable – sitting alone having a coffee. Can you hear the phone to your rear left, and the person stirring their coffee to the right?

So what is Binaural sound?

It’s a technique that endeavours to replicate the immersive audio experience of day-to-day life, by basically sticking two microphones where your ears are. The result is, in theory, authentic and nuanced three-dimensional sound, recorded and reproduced as your ears would pick it up.

The concept’s been around for decades, but until quite recently it’s been contained to high priced professional equipment – a Neumann KU100 dummy head recording unit, which basically does the same thing, will set you back about £5000. That puts the price of the Ambeo headset into context.

You can see that Sennheiser has worked hard to make this feature-rich set of headphones quite easy to use. The control panel has few buttons and includes a 'smart slider' that can be assigned to different things using the Ambeo iPhone app.

Recording is as easy as plugging them in and hitting record on your phone, be it in video mode, using the normal voice recorder or the Sennheiser app. That, in turn, makes uploading the results easy.

They’re lightweight and comfortable to wear because the earbuds and the wraparound parts are soft – the latter made of pliable rubber rather than hard plastic – but they’re not perfect. 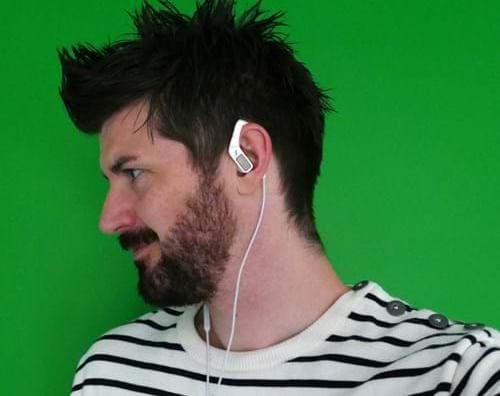 The main issue is the control panel, which feels cumbersome because it’s relatively large and designed to rest against your chest. When walking it feels like it’s pulling on the headphones, which can be irritating.

That, combined with the short cable (just 30”/76cm from the bottom of the control panel), makes the Ambeo Smart Headset seem a little clunky at times. They're just not that pretty, basically. And much like Sony's current PSVR headset, for example, the exterior feels far less cutting edge than the tech on the inside.

They retail at £260. Ouch indeed. But they do pack a lot of clever technology into a very small, largely comfortable, relatively intuitive package. It’s an easy product to get your head around, and to get around your head, so to speak. 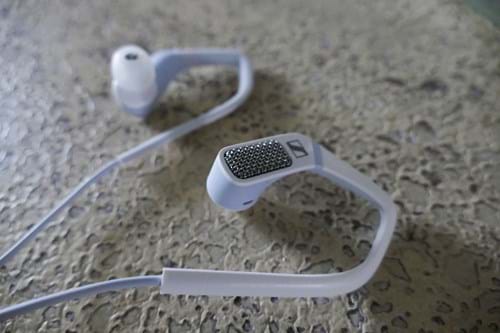 Subtle at first, but deeply impressive. If wearing them is mildly embarrassing - with the little white oblong hanging from the wires wrapped around your ears and tapping against your sternum - the resulting sound makes it totally worthwhile.

Similarly, the ostensibly excruciatingly mundane video below – of someone walking through a car park – becomes genuinely intriguing. Notice the sound of a trolley being pushed off-screen? And the traffic moving left to right?

Recording with the Ambeo headset adds true aural depth of field, and one that’s in some ways easier to appreciate when used to capture things that you hear every day. Check out some of Sennheiser’s own videos here. You will genuinely want to turn around when you hear a voice behind you.

You don’t need a fancy set of headphones to get the full experience either, any will do – although of course the effect doesn’t translate through TV or computer audio speakers. 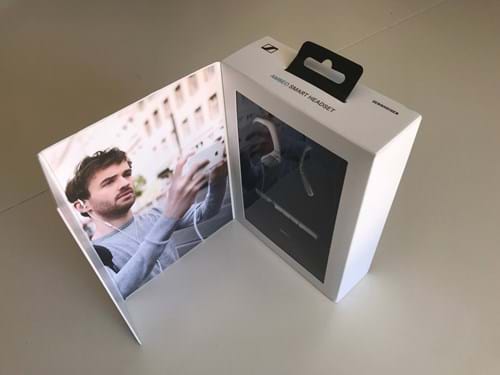 What are they like as plain old headphones though?

Like math rock: very clever, but not the best listening experience you’ll have. Aside from the aforementioned comfort issues, these don’t have a great deal of bass presence.

The high frequency distinction is good, but it’s a fine line between that and sounding tinny, which the Ambeo occasionally do. Nice definition, but not much warmth.

There are two ways of looking at it: that these are a quite average-sounding pair of headphones for the price, or the way its target market will probably see it, that these are a sophisticated bit of recording hardware that double as decent headphones.

The noise cancelling element works quite well too, doing a good job of shutting out ambient frequencies – especially low ones.

Oh and the 'transparent hearing' mode, which uses the microphones, not only allows you to hear the world outside without taking them off, but provides a fairly spectacular karaoke mode for wannabe X-Factor contestants. 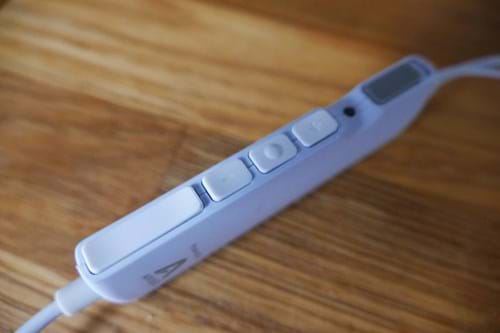 As straight headphones for £200-300, no, you shouldn't buy them. But that’s not what they are. If you’re a blogger, or just someone who loves filming stuff with your iPhone and wants to tangibly improve the sense of immersion, then these really are worth a look.

The improvement over your plain old iPhone mic is dramatic. Especially so if using a phone-based VR setup, like Google Cardboard. That makes it a worthwhile investment.

However, they aren't compatible for Android users. Not yet, anyway. Although Sennheiser is planning an Android version, the only version at present has a Lightning jack.

Pros Produces lovely, nuanced 3D recordings with real depth of sound 3D recordings can be listened to on any earphones 'Transparent hearing' is a useful convenience
Cons Actual headphone sound lacks bass and warmth Clunky to wear, mainly because of the control unit Quite specialist and pricey for a set of headphones

Compatible with: iPhone 5 and above | iPad 2nd generation and later | iPod Touch