The Sphero Mini is the world's smallest app-controlled robotic ball (well, probably anyway). The ping pong-sized toy claims to do a lot. And it's definitely packed with a lot of tiny tech - which is no surprise considering this is the same company that brought the miniature Star Wars BB-8 rolling droid to homes everywhere. And - at £50 - it's significantly cheaper than the tennis ball sized, £130 Sphero 2.0. 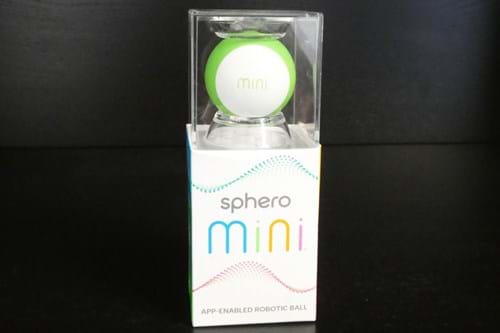 The Mini can do more than it appears. Aside from being a fun little robot ball to play with - the device can also be used as a controller and to teach basic coding. There are various different driving methods - you can use a standard virtual joystick, the tilt control or even with your lovely face. The latter uses the front-facing camera on your mobile phone, with expressions and head tilts corresponding to different directions.

However, when it comes down to it, the ball mostly just rolls around in one place or zooms off in a random direction whenever the required scowl, shock face or sad expression is made.

But Face Drive isn't the Mini's weirdest driving method. The newly added feature, Scream Drive, lets you scream at the ball to get it rolling. Whisper to slow it down and shout to speed it up. It's bizarre but strangely addictive. 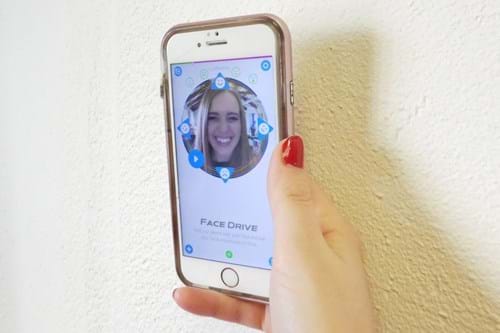 You can play a multitude of games with the Sphero itself, including a rocket ship shooting game - Exile II - that's reminiscent of Atari's well-known game from the 80s, Asteroids. You can move the ball to control the rocket ship, basically using it as a joystick - which adds an extra element of fun considering rolling the Sphero Mini around gets a little bit boring after 10 or 15 minutes.

The Mini only has a range of about 10 metres as well, so it can be quite fiddly to control. We often rolled it to the end of our barn-sized office, only to find we had to go collect it from under a desk because we couldn't summon it back.

The shell separates into two halves, like a Kinder Surprise egg, which means you can buy separate shells if you want to change colours. This plastic outer layer also withstood some serious crashes into table legs as we got acquainted with using it.

There's a micro USB port inside the ball and it takes an hour to charge fully. Once charged, the ball lasts about 45 minutes, which isn't bad considering you probably won't be entertained enough to want to use it for more than that at any one time.

You get some tiny traffic cones and bowling pins thrown in the nicely-packaged box as well. However, the pins are pretty lightweight. So, unless you have the steady hands of a neurosurgeon - you're likely to spend more time faffing about trying to stand them up than playing with the Mini. 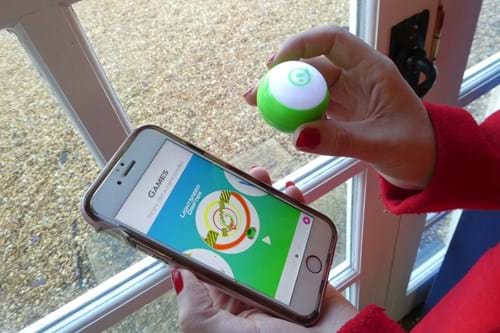 The Sphero Mini also, unintentionally, kept my toy poodle entertained for a solid 15 minutes - and this is a dog that rarely gets off the sofa unless he smells chicken. However, he now finds his almost identically-sized, non-robotic miniature tennis balls a bit lacklustre in comparison.

The Sphero Edu app is a wonderful introduction to the basics of programming, allowing youngsters to delve into coding. Sphero Edu simplifies this relatively complicated process, letting you drag and drop blocks of code, which then control the Mini. You can either create your own programs or tinker with pre-made options.

The coding element gives you more control over things like speed and movement, so with a little bit of practice, kids can control the rolling robot in any way they want. You can even graduate to using Javascript.

The Sphero Mini offers lots of features and, while it may not offer hours of entertainment, getting to watch your friends and family try to control a robotic ball by pulling ugly faces at a phone is something everyone should experience.

The approachable introduction to coding also really adds an educational element to the Sphero Mini, which can help kids learn while having fun. In fact, this alone should sell you on the Mini if you have a kid that's curious in tech. After all, it isn't a high price to pay to get them away from that iPad they always seem to be glued to.