Made in the UK from recycled materials

Green & Blue’s Bee Block is a modern and stylish take on the bee hotel - designed to help solitary bees while looking good in your garden and lasting for many years.

Green & Blue does a number of different variations on the bee hotel (and clever habitats for other creatures), but this review focuses in particular on The Bee Brick and small Bee Block.

Both The Green & Blue Bee Brick and Bee Block are designed to provide habitat so that solitary bees (like bumblebees - those that don’t live in large hives) have somewhere to rest and - importantly - lay eggs to increase the bee population. With reports of declining numbers and collapsing populations in recent years, giving these bees a helping hand has become increasingly more important. 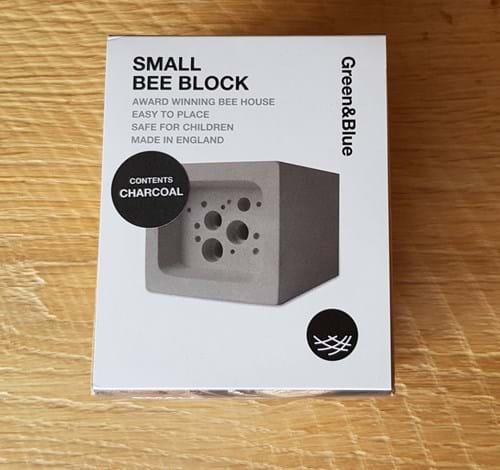 The Bee Brick is long and slim and - as the name would suggest - designed to replace a brick in a wall. This could be in your house, in an outbuilding or a garden wall. The idea is that you’re adding a permanent, but unobtrusive (and it has to be said, arguably, stylish) home for wildlife.

Although designed to replace a brick, you don’t have to permanently include it into a wall - bees will use it just as much if it’s on a wall or a ledge in a garden. Although solitary bees can sting, there’s little need to be nervous of them. With no queen or honey to protect - unlike honey bees - solitary bees are placid, largely harmless and will go about their business with little fuss. They are gentle and won’t sting unless you were to try to harm them.

The brick is cast from material made from up to 75 per cent waste material from the Cornish clay industry and made up of a series of deep moulded cavities within the block which a solitary bee will lay its eggs - generally in the Spring -  and then block it up with pulp. The eggs will then hatch the following Spring and the cycle begins again. 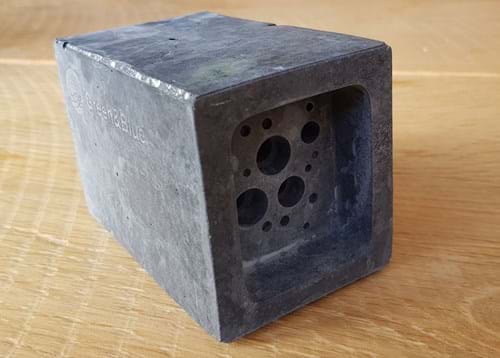 The only difference between the Bee Brick and the Bee Block is the size. The principle is exactly the same, though the Bee Block is about the size of a mug. If you have a log pile, it will happily sit in among them or, if you buy a few, they will stack to make a feature.

We used a Bee Block in a rural location and found that the cavities were quickly filled with eggs and pulp. The non-natural material wasn’t an issue for them and the speed at which they were filled suggested that they’re popular with bees and more or a larger version is probably required. 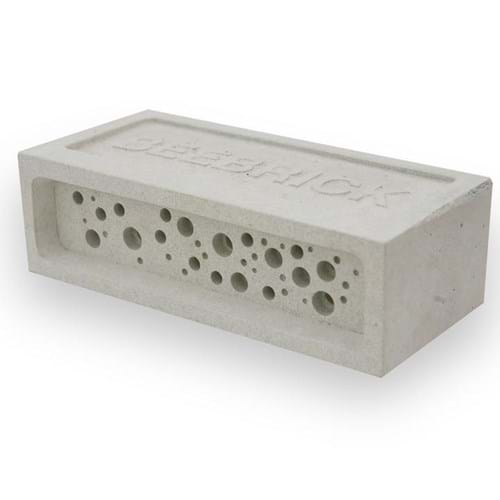 At around £20, the Green & Blue Bee Block is a little more expensive than a bee hotel made from wood, but with a sturdy design and used in the right location, it should last for many more years.

The Bee Brick retails for under £30 and makes a great present for anyone who is in the process of renovating their house, whereas - at under £20 - the smaller Bee Block makes a perfect smaller gift for nature enthusiasts or kids and is ideal stocking-filler material. The blocks come in a range of colours and other shapes and sizes, too.

Made in Cornwall, from concrete, using up to 75% waste material from the Cornish China clay industry.