Qi-Certified for safety and energy efficiency

Quality materials put the SnapTo mount at a premium price

The Moshi SnapTo Magnetic Car Mount with Wireless Charging is a bit of mouthful to say but is actually a very useful bit of kit - especially for those with older cars who don't have Apple CarPlay or Android Auto. Moshi is a fairly well-known brand when it comes to electronics and smartphone mounts - so the production of this wireless charging mount makes complete sense, and we can tell almost instantly that it's good quality.

The glaring downside to the charging mount is the price, sitting 5p below £60. That's a lot of money for a device that essentially saves you a few seconds of plugging your phone in to charge in your car, and yet we do quite like the convenience. 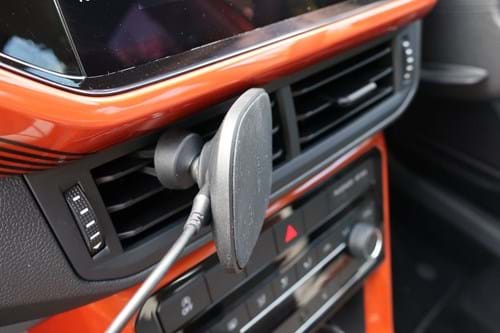 The Moshi car mount comes smartly packaged in a box, which includes the SnapTo Car Mount, dashboard adapter and USB-C to USB-A cable (4-foot/1.2m). Unfortunately, the mount requires a Moshi SnapTo phone case in order for the smartphone to adhere to the magnetic car mount.

We opted for the £30 iGlaze Hardshell case for our iPhone 8 - but if we'd bought the already-expensive SnapTo mount and then found out we needed to spend another 30 quid for a compatible phone case, we might be fairly irritated. The Moshi iGlaze phone case for the iPhone XR is even more at £35. On the plus side, the mount is Qi-Certified, meaning it's passed independent laboratory tests for safety, interoperability and energy efficiency. 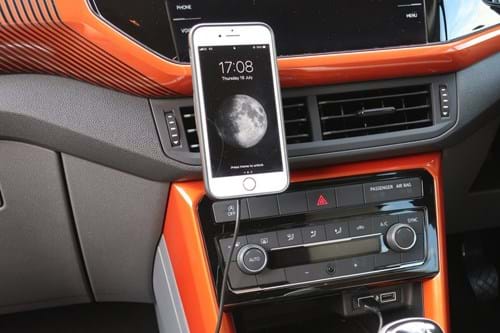 The phone case features two indents inside. You clip a couple of magnetic strips into the case and it's good to go. The mount itself can be attached to the dashboard via a 3M adhesive mount or to an air vent in the car using a rubber clip. We opted for the latter and in the weeks we've been testing it, the mount hasn't fallen off once - which is more than we can say for flimsy mounts we've tried out in the past.

All the materials feel very good quality, with the SnapTo mount itself feeling weighty and durable. Once the mount is attached to the dashboard or vent, the included cable needs connected to the USB-C port on the bottom of the wireless charger with the USB-A end then connecting into the car's USB port or into a 12v-to-dual USB adapter. 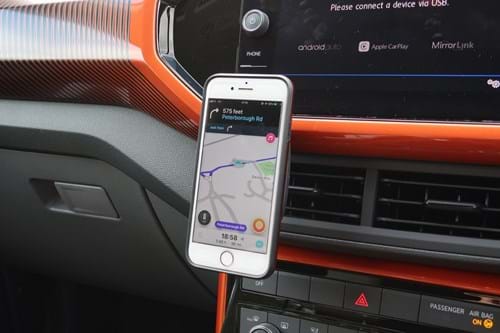 As for using the product, once it's set up - which takes less than 10 mins - it's as easy as connecting your smartphone to the magnetic mount and it begins charging (as long as your smartphone supports wireless charging, obviously).

The Moshi mount features 10W wireless charging, a LED charging indicator and Foreign Object Detection (FOD). Moshi also says the mount is strong enough to hold 2.2lbs/1kg of weight - which is about four iPhones - and can be rotated to portrait or landscape mode. 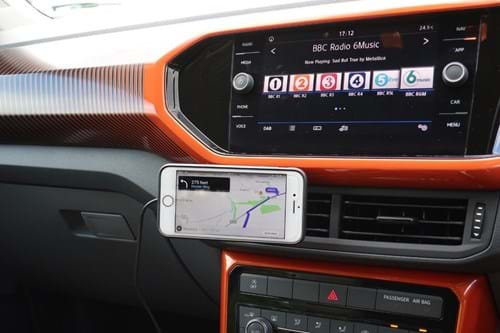 We really like the Moshi wireless charging car mount and we've found it very useful when using battery-draining GPS apps like Waze. However, the price is a big hurdle, and its one that we're sure will put people off considering you'll be shelling out £90 (£60 mount + £30 phone case) for the convenience of not having to plug your phone in to charge when you get in the car.

A financially-savvy option would be to buy the Moshi SnapTo car mount, which doesn't offer wireless charging, and then just plug your phone in to charge. That way you still have your phone up nearer your eyeline to see GPS apps and the like, but you'll be spending £25 less. If you do fancy the SnapTo mount with wireless charging, it isn't available on Amazon at the time of writing this review, but you can buy it on the Moshi website and hopefully get yourself the £10 bundle discount when you buy the mount and phone case together. 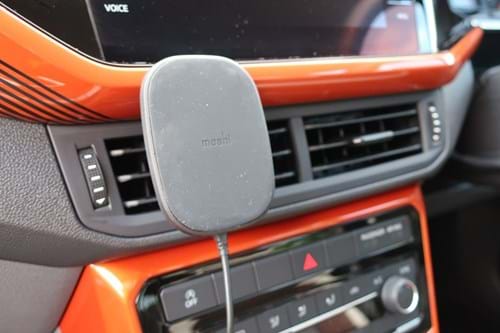