The 222 is one of the more affordable models in the new generation of Nextbase dash cams. Priced at £69, it may not have all the features of its more expensive counterparts but it still records in 1080p high definition (at 30fps) whereas the cheaper 122 only records at 720p. What it doesn't have is GPS so it won't record your location or your speed. There's no WiFi either, so you can't watch - or send - the footage directly from your phone.

There is however a much improved magnetic mount, plus both an adhesive and suction mount included, giving you the choice of how to attach it your windscreen. The Intelligent Parking Mode switches on automatically when the car ignition is turned off and will record for three minutes if the G sensor registers any movement.

Nextbase also offers cloud storage, so you can easily send your files to other parties, such as the police or insurance. Every video uploaded to the MyNextbase Cloud is hosted free for 30 days - after which it's deleted permanently if you don't store it elsewhere. 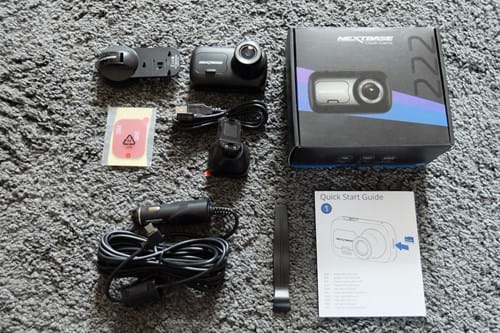 If you're upgrading from an older Nextbase dash camera, you'll notice some big differences with the Series 2 models. The newer cameras are smaller than before and all come with a new mount for the windscreen. The old mounts weren't the best and we had several reports of them failing - something which we experienced ourselves.

Fortunately, this new mount is far better. In the box is both an adhesive mount and a suction cup type, the latter of which we prefer. The power lead goes into the mount rather than the camera itself, which is much tidier, while the mount has one ball type adjustor for getting the camera in the right place. It means you no longer have to faff with various tighteners.

The mechanism inside which creates the suction now feels much sturdier, but the best bit is the magnetic connector. It means you can easily remove the camera from the mount - useful if you want to keep it out of sight when parked or if you want to get some footage off it. The magnetic connector makes for a very sturdy connection and, along with the new mount, it means a more secure fit and less camera shake on the move. 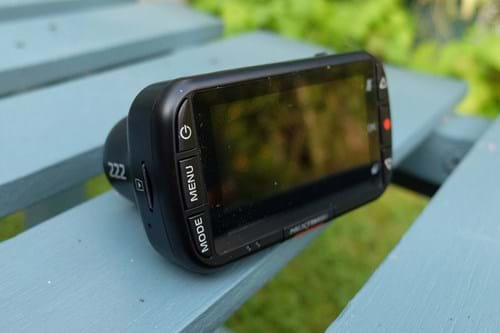 Setting up the 222 is a doddle. There are various settings you can go through and change if you want, but once you've set the date and put your micro SD card in the side you're good to go. Nextbase has stuck to physical buttons on the side of the 222 rather than a touchscreen but in reality, you'll rarely have to use them anyway. Once you start the car, the camera starts recording and you can press the big red button on the bottom if you want to save a clip to prevent it from being looped over.

The Nextbase films in 1080p @ 30fps which is the standard for the vast majority of dash cams. The footage is very good rather than exceptional, but it's clear enough with a sharp picture and plenty of detail. It's certainly better than most 1080p cameras we've tested.

What counts against the 222 is the lack of GPS and WiFi. The latter isn't that essential, it's easy enough to get the footage off the micro SD card and Nextbase provides the appropriate USB lead. But with no GPS, the camera won't show your location and, more importantly, won't record your speed. This could be crucial if you're providing the footage to insurers or the police.

Similarly priced dash cams like the Azdome GS63H do come with these features, although they're arguably not as good quality units as the 222. If you want a Nextbase with GPS and WiFi, the cheapest model is the 322GW at £99.

We'd also prefer a USB lead and plug rather than a moulded 12v unit - it means you can run or charge something else at the same time, but that's a minor gripe. We'd recommend hardwiring the 222 and if your car has a 12v socket for the back seats, this frees up the one on the front.

Overall, the 222 is an excellent camera that's easy to use and feels built to last. Yes there are cheaper dash cams out there but the Nextbase feels like it's worth the extra and with everything that comes with it, such as the two different mounts, does enough to justify the price. 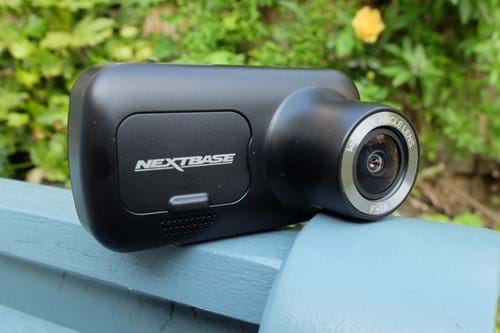 As for the batteries, which sometimes failed on the Series 1 models, they've been upgraded along with the rest of the dash cam. They range now uses Lithium Polymer batteries (3.7V/320mAh) and intelligent battery charging with thermal cut out in the circuity – this ensures the batteries now charge at the correct rate depending on their temperature and dramatically prolongs their life.

Considering most people use dash cameras to protect themselves against false insurance claims or in the event of an accident, Nextbase has also renewed it's partnership with SureThing!, offering those who buy a Series 2 dash cam 25% off a policy with the insurer - which is an increase on the previous 20% discount. The new range will be available to buy in the UK from May 13th 2019.

While there's no shortage of good dash cams at an affordable price, the 222 stands out for its quality. True it doesn't have GPS or WiFi, but this is clearly a high-quality product. The magnetic connector works really well, reducing camera shake and making for a much more secure fitting while the new windscreen mount is also far better than in the older Nextbase ones and feels like it's built to last.

The footage is very good, although we'd stop short of saying it's quite as good as the Azdome GS63H. However, it's still very sharp and clear. The camera is easy to use with simple menus and the unit has proved reliable during our tests.