Modern remake of a classic

The hefty price is hard to justify

The Suzuki Katana is a retro relaunch of one of the firm’s most notable classic machines. Aimed at the BMW R-nine-T, Honda CB1000R and Triumph Speed Triple, it’s a modern take on the 1980s muscle bike theme. It has similar front end styling to the original Katana, with its jutting chin and upswept rear, while the engine is also something of a nod to the past as it comes from the 1985 GSX-R1000 from the mid-2000s. This means the Katana is largely the same as Suzuki’s GSX1000S, which makes the extra £1000 asking price for the Katana a little tricky to understand. 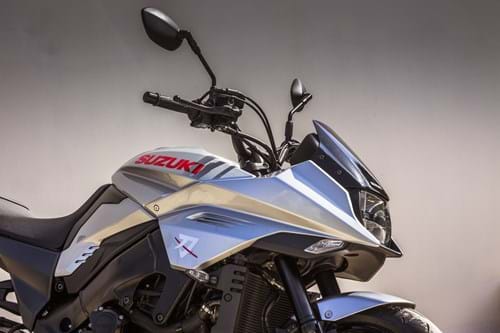 We’ll leave the looks of the Katana to you to decide as this is a bike that splits opinion in just the same way as its ancestor did back in the 1980s. What we will say is the bits lurking underneath the plastics are almost identical to the GSX1000S, so you have the same chassis, suspension and motor. What’s different are the brakes, borrowed from the present GSX-R, digital dash display and the one-piece handlebars.

Beginning with the brakes, there’s nothing wrong in this department as they offer plenty of feel in the dry or wet and there’s ABS there to save you from unwelcome lock-ups. However, using the brakes to their full potential does reveal the standard suspension set-up of the Katana is not ideal. We found the front forks could bottom out quite readily under hard stopping or over bumpier sections of road. There’s adjustment in the suspension and it’s easy to dial in a little extra stiffness to counter the forks bottom out. 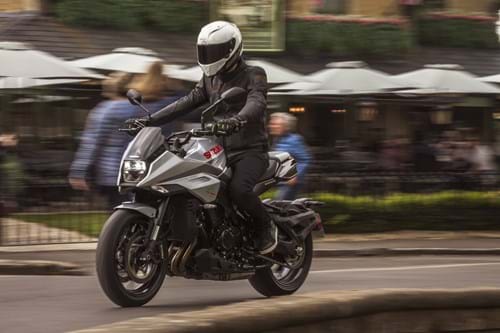 We also found the rear end to be a little too softly set straight from the factor, so again a smidgeon of tailoring was needed to balance matters. Once this was sorted, the Katana felt a little more balanced mid-bend, though it tracked well through corners in standard form. What was definitely improved from a little fettling was the general ride comfort and composure of the Suzuki. Given this is largely a bike aimed at the sunny Sunday rider, this isn’t a major demerit and is perhaps a hangover of the bike being set up by more jockey-like factory test riders than ourselves.

What we found much harder to forgive was the Katana’s dash display. It just looks too dated and not retro enough, almost as if Suzuki raided the parts shelf for whatever would fit. A set of twin round analogue clocks would have been much better to the screen you’re presented with that jumbles too much information onto the display. Still, at least the switchgear is laid out in a usual manner and easy to use, including the four riding modes that moderate the engine’s behaviour to the prevailing road conditions. 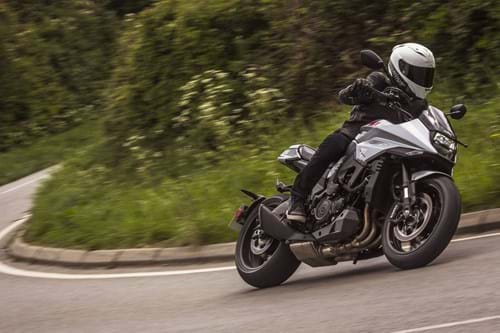 Ah yes, that engine. It may be an older motor in design and power output compared to some of its rivals that chuck out nigh on 2000PS, but the Katana’s unit is a peach. From tickover all the way to the red line, it pulls in a strong, linear fashion without any snatch from the drivetrain. This makes it ideal for slicing down country lanes using the intermediate gears either for brutish acceleration or lazier but still rapid progress. Being a Suzuki, the gear shift action is blissfully slick, though we found the clutch too heavy around town.

At higher speeds, the Katana’s small front fairing does just enough to allow motorway cruising without being beaten into submission. For faster continental riding, the buffeting would become tiresome. Suzuki’s solution to this is to fit the Katana with a meagre 12.0-litre fuel tank, so you’ll be lucky to see 120 miles before the reserve kicks in.

Other rider comfort is fine thanks to the well-shaped cushion and seat height of 825mm that’s not too challenging for those with shorter legs. The pillion seat is less accommodating, so best to regard it as a very occasional perch for short journeys or somewhere to sling a soft tail pack. 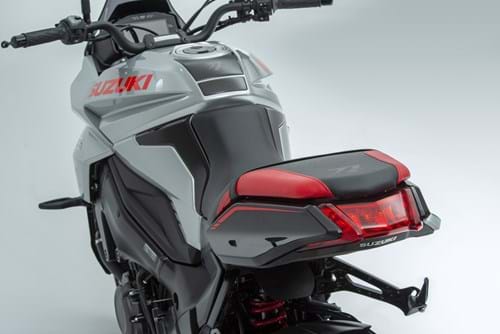 So much of the Suzuki’s Katana’s appeal lies in its looks and the retro lure of the name. For some, that will be enough to have them reaching for the dotted line. We’d be a little more circumspect as the Katana comes in at £1000 more than Suzuki’s own GSX-S1000 model that offers an almost identical spec and riding experience. Perhaps this is why Suzuki was offering a £1000 discount at the time of writing.

If you can square the cost of the Katana, it offers an engaging ride for short blasts and is best viewed as a more reliable, up to date alternative to a genuine classic Katana. Next to its obvious rivals from BMW, Honda and Triumph it fares less well. 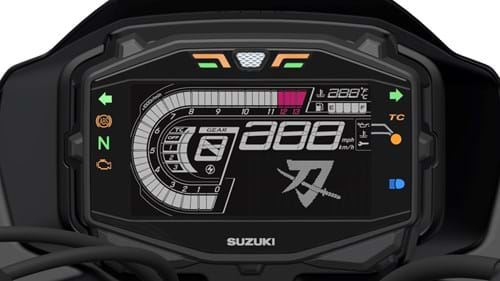