Can be washed in warm water to restore its 'magic' properties

That very much depends what you want it for – it’s versatile. Essentially it is a pad that can be used to ‘stick’ objects to a flat surface, whether vertical or horizontal. In a car it is best for sticking a mobile phone or sat nav to the dashboard, but it can be used to stop anything from coming loose.

It promises to leave no sticky residue and the maker says when it loses its stickiness it can be washed in warm water to restore its magic properties. It has been designed using the same principles that keep a gecko stuck to a wall, hence its name.

It might seem like something a man would sell with a well-rehearsed demo and a lot of shouting at a Sunday market, but it is genuinely useful and does exactly what the manufacturer says it is meant to do.

Out of the packaging it comes sandwiched between two plastic films to keep it sticky. Peeling these off reveals the thin pad, which feels very odd – a bit like tacky, partially set glue. Unlike glue it leaves nothing behind on your fingers, though initially you will expect it to. 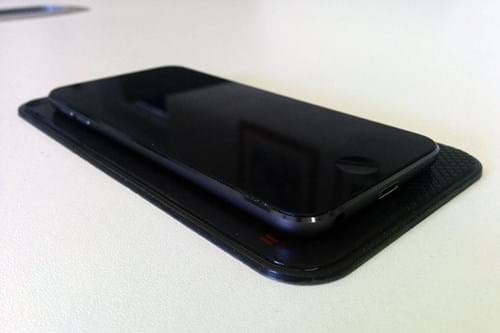 We stuck ours to the dashboard of a car and then attached a phone to it. The phone stayed put over bumps, around corners and for the duration of a four-hour drive, however after a bit of tinkering we found that it prefers a fairly smooth surface.

It will still stick to the textured or soft-touch plastics in a car but if they are heavily curved a phone is unlikely to remain in place for too long, so find somewhere fairly flat. Once you have then you shouldn’t have to worry until you arrive – it’ll even stick things upside down.

After removing the phone the pad remained sticky, but after three or four days and repeatedly peeling it off the dashboard it started to lose its stickiness due to fluff, dust and grime from hands. Eventually the Gecko Pad fell off in the middle of a journey – though it left no material or stickiness behind on the phone or the dashboard.

A wash in warm soapy water removes any grime or fluff and restores the pad to its best, though a smart place to dry it is important – if you dry it flat on the kitchen counter it’ll want to stay there and you’ll get it grimy again peeling it off. It’s better left in a plate drying rack.

We’ve been using the same Gecko Pad for around four months and though it does need semi-regular washing it is still as sticky now as it was when it was new – and it hasn’t left any of its residue behind on phones, cars or hands.

Proper Gecko Pads are about £8 online. There are some knock-offs available for less and we tried one, but it was less adhesive and needed to be washed much more often than the real deal. 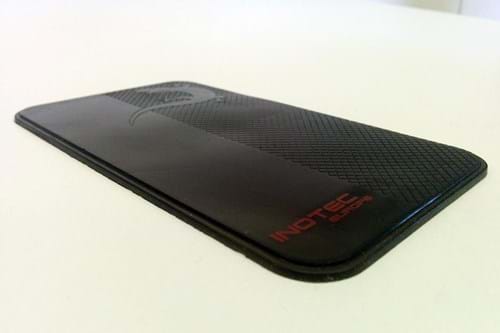